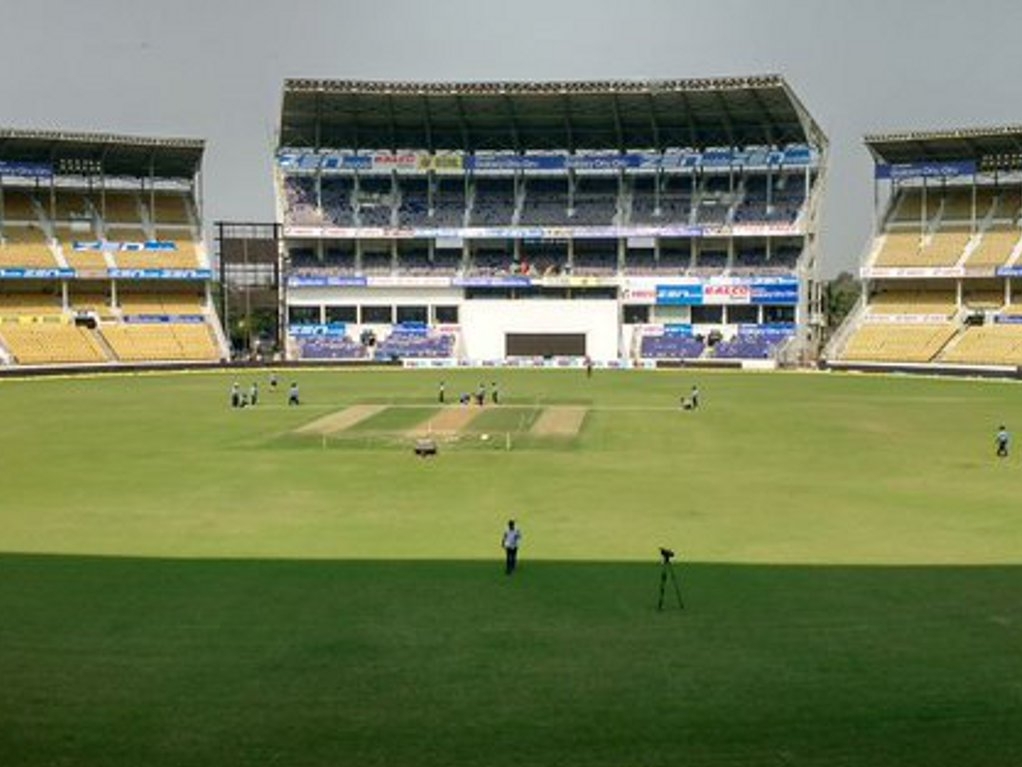 While the old stadium is a plain, aging ground in the centre of Nagpur, the swanky arena is 18 kilometres out of town on the road to Hyderabad and was built with the expansion of the Indian Premier League in mind.

The stadium is a picture of modernity with fresh bucket seating in all areas, and has been compared with the Gabba by some Indian commentators, although its surrounds are rather more remote and the distance from the city is a sure put-off for fans.

Sachin Tendulkar scored the first century on the ground as India beat Australia by 172 runs in the first Test in November 2008.

The most recent Test here was in 2012, when India and England played to one of the dullest draws in recent memory, and the ground has thus been skipper over for Tests until now.

The draw was surprising, given the three Tests before that had been won by big margins. In late 2012, the deck was slow, flat and offered no assistance to the bowlers, and little to the batsmen.

England won the toss and opted to bat, thinking they'd get some quick runs on the board before the turn kicked in on day two. There was nothing quick about it though, as Alastair Cook used up 28 balls for his one run.

England recorded 330 all out in a whopping 145 overs, with Joe Root's 73 coming off nearly 250 balls. Riveting it was not. India replied with 326 all out in 143 overs, as the bowlers and batsmen toiled.

Jonathan Trott and Ian Bell recorded the two centuries of the match for England, both at slow strike rates, and by stumps on day five, England were batting in their second dig and a draw, the only result available from day one, it seemed, was recorded.

Of the current players for India and South Africa, Proteas captain Hashim Amla has the best record here. He played in one innings in 2010, and scored 253 not out, which is the only Test double ton at this ground.

For India, Virat Kohli has the most runs, despite playing just the one Test, scoring 103 against England. Murali Vijay has played two Tests here, but didn't play in 2012, and averages 27.50.

Bowling-wise, Ishant Sharma has the most wickets here, taking 14 scalps in four Tests. South Africa's Dale Steyn took 10 wickets in his one game here in 2010, and averages 10.80.

Curator Amar Karlekar ahead of this Test: "I can give you my guarantee. No repetition of England episode."

SA all-rounder JP Duminy: "The expectancy is that it will turn."

India captain MS Dhoni after the England Test: "As the game progressed there wasn't much for the spinners or fast bowlers. If you (a batsman) got your head down it was hard to take wickets. I think it got better, coming on to the bat and easier to play strokes."

England captain Alastair Cook: "We were quite surprised with the pitch at the start, how low and slow it was, but it got better. We knew if we didn't give anyway any soft dismissals it would be hard to bowl us out and I'm proud the lads fronted up."

Hot and clear. Temperatures are set to be above 30 every day of this match, and there's little to no risk of this game seeing a drop of rain, let alone a wash out. Batsmen, prepare yourselves.

The curator has promised that the dead track from 2012 will not be repeated, but that it will start to spin from day one already. This is not good news for the Proteas, who will want to bat first and get settled before that turn arrives.