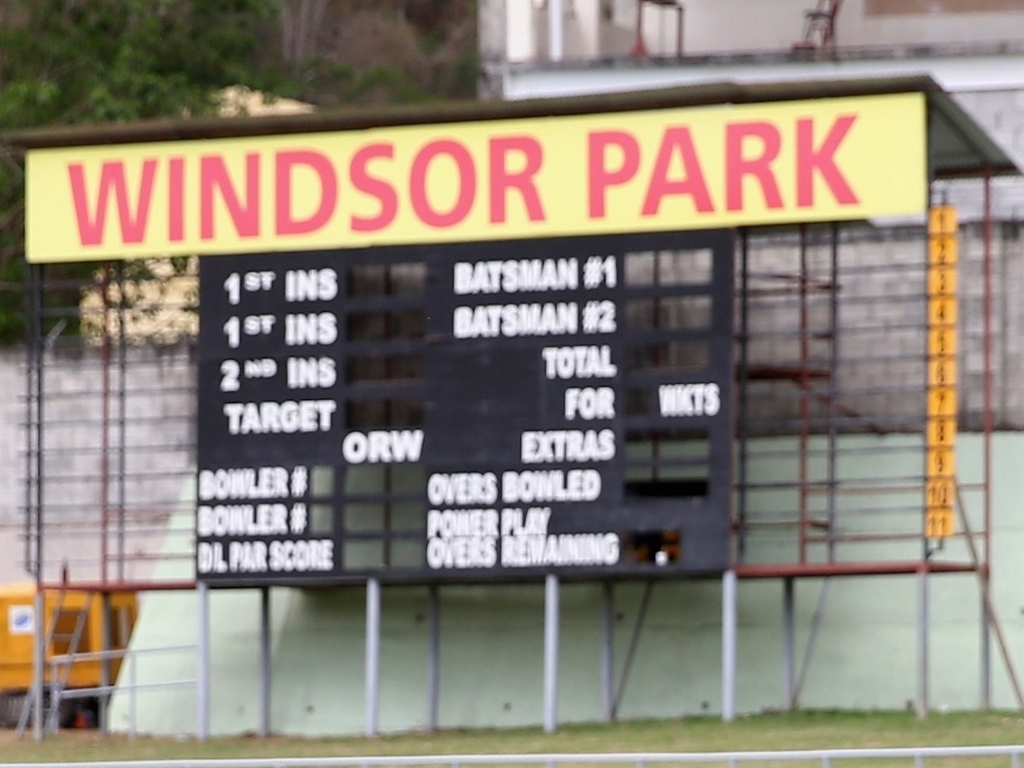 Originally a recreational venue levelled out of a rubbish dump known as Cow Town, the ground was a popular venue for carnival activities, horse racing and state parades.

In 1999 the general upliftment of the area, including the construction of a national stadium, was planned for the site, but eventually fell through despite the clearance of existing stands and adjoining buildings.

Five years later, after prime minister Roosevelt Skerrit ended diplomatic relations with Taiwan in favour of China, the creation of Windsor Park was put into action.

Named after Windsor in England and situated on the eastern side of Roseau, work on the stadium began in 2005 on the first anniversary of the Caribbean island and far-east nation’s association.

Part of the ‘Four Pillar Projects’ pledged by the People’s Republic of China to the people of the commonwealth of Dominica and essentially viewed as a gift – ie: tax write-off – the ground came at a 17 million dollar expense.

Three and a half years later the project was completed and ready for its official opening. Not quick enough to host its first ODI at the 2007 World Cup, but ample time ahead of a maiden one-dayer in mid-2009. Other than cricket, the multi-purpose feature regularly hosts football matches and the annual World Creole Music Festival.

The most recent of the three Tests played here was in March 2013, when the West Indies easily defeated Zimbabwe inside three days. The Windies won the toss and opted to field, which seems to be the better choice here.

Zimbabwe were bowled out for 175, with Shane Shillingford taking five wickets, and Brendan Taylor top-scoring with 33. The Windies then made 381 for eight declared, with Chris Gayle and Shiv Chanderpaul scoring centuries.

That was all they needed though, as Zim were all out for 141, Shillingford bagging another five-fer, and the hosts won by an innings and 65 runs.

Michael Clarke ahead of the Test this week, and his uncertainty: "It feels like raging turner or green seamer. So, we'll wait and see what they give us in the middle and then we'll make a plan from there. I think the wickets out the back have been really good; I think a lot a bit slow, still a little bit of spin no doubt about that, but I think those wickets are certainly different to the two out here."

He added: "It'll definitely reverse, again this wicket with the brand new ball you've got conventional swing, watching West Indies against England they swung the new ball really well. Natural swing will come from overhead, if it's overcast I think it'll swing and then definitely on this wicket we'll see some reverse swing."

Chanderpaul on his century and its struggles: "It was a pretty tough day, hard work. You could see it was not an easy wicket to bat on. The ball was bouncing and turning a lot, and you had to really dig in. Some of the balls were bouncing, some were keeping low, you weren't always certain what the ball would do so you had to stay watchful and patient, and wait on the bad balls."

Shillingford on his tactics: "For the right-handers, when they tried to sweep I tried not to bowl too straight but to bowl a little wider of the off-stump. I noticed they then changed their game plan. I felt our change of tactics worked quite well and we held them very tight. They had to look for other ways to score their runs."

The leading run scorer here, with three out of three Tests, is Chanderpaul. He's got three times the runs of anyone else, with two centuries and two half tons, and averaging 96. But he's not been picked for this series.

Of the current players, Denesh Ramdin has the best record statistically. He's only batted here once, scoring 86, while Darren Sammy has a top score of 61, and Darren Bravo a high of 50.

As with the batting, their most successful bowler is not here either, as Shillingford has not played a Test in a year. He was banned for chucking in late 2013, and has been out for the side for the most part since then. Behind him, with less than half the wickets, is Marlon Samuels on six wickets, while Sammy and Kemar Roach have four each.

For the Aussies, Nathan Lyon has seven wickets here from the last time they visited, while Michael Clarke has a surprising five-fer at the venue, and averages a touch over 20 with the ball. Of the current batsmen, David Warner has the best score of 61.

Only Friday is set to have a real chance of rain, and while it will be overcast for much of the game, the rain looks set to stay away. What the humidity will do for the swing bowlers remains to be seen.

Both sides will probably name two spinners, though overhead conditions could see swing bowlers take precedence. Record suggest spin is the way to go though, and batting will not be an easy take either way. And while bowling first has resulted in the two wins here, one doesn't want to bat last. Make sure to bat once and bat long. A dour draw is unlikely.