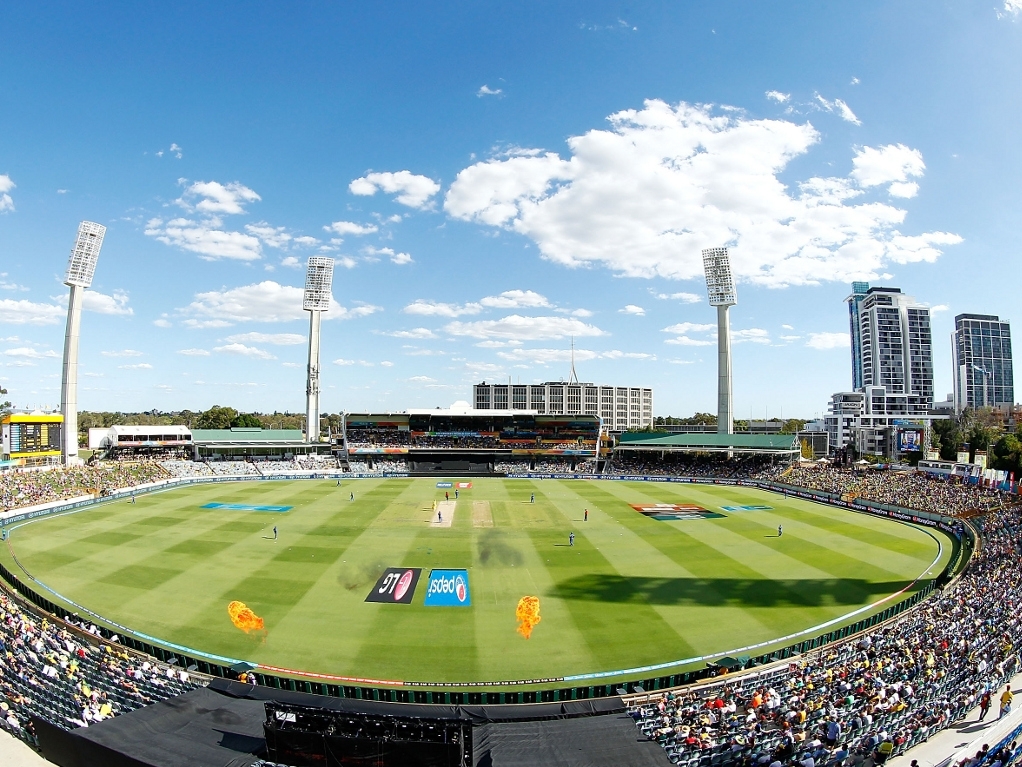 In 2002 the ground was redeveloped and its capacity reduced to make it more economically viable amid lack of investment. Fresh features to come with the makeover included a new small grandstand, players' pavilion, smaller playing area and replacements of some seats with grass embankments.

The most recent match here was in December 2013, when England were Down Under for the Ashes. Australia continued their demolition of the visitors, winning by 150 runs after lunch on day five.

Australia won the toss and opted to bat, which is the popular choice here, as it is on most grounds. After a poor start, with two early wickets, Steve Smith's century rescued the knock and they recorded 385 all out. Stuart Broad claimed three wickets.

England's first innings was not stellar as Peter Siddle and Ryan Harris took three wickets each, and only Alastair Cook's 72 showed any application. England were all out for 251.

Australia added to their already hefty lead by recording 369 for six declared, thanks to tons from David Warner and Shane Watson. Ben Stokes and Tim Bresnan took two wickets each, but all the England bowlers were fairly expensive.

This left England needing 504 runs to win (the same as they needed in the first Test of this current series, incidentally) but got nowhere near. They were all out for 353, with Stokes scoring England's only ton of the series.

Of the current Australia batsmen, only David Warner has a record to speak of here, having scored 394 runs in five innings. He has two centuries and a fifty, and averages 78. Next is paceman Mitchell Johnson, with two half tons in 12 knocks.

Bowling-wise, Mitchell Johnson is the current powerhouse, and is second on the all-time Test list here, just behind Glenn McGrath. Johnson has taken 42 wickets in six Tests, averaging 20.19.

New Zealand last played here in 2001, so none of their current players have ever played a Test at the WACA.

WACA's Vision 2030 report said of the ground's future: "Prototypes of the drop-ins are being developed with the same soil, clay and grass profile as the existing wickets at the WACA Ground. The prototype wickets will be placed in the ground at the centre of Gloucester Park and the WACA turf team will be responsible for developing them."

CA boss James Sutherland in September 2015: "The big picture I think comes back to the fact that cricket's not played for the cricketers; international cricket's played for the fans. "What we want is the best possible facilities for fans, and the greatest possible access for fans. To have sell-out crowds as we do for Ashes Tests at the WACA is nice, but what is the potential?"

Hot. Very hot on Saturday at around 38 degrees Celsius. No rain. Scorching, basically. The pitch could crack like an egg by day five.

The WACA is expected to be a fast bowling paradise for this Test, as it has been for much of its history. Australia have named the same pace attack that destroyed New Zealand in the first Test, saying they expect this deck to be good to the fast bowlers too. Batting first is most likely for the toss winner, though the Aussies may consider giving the Mitchells full rein on day one.