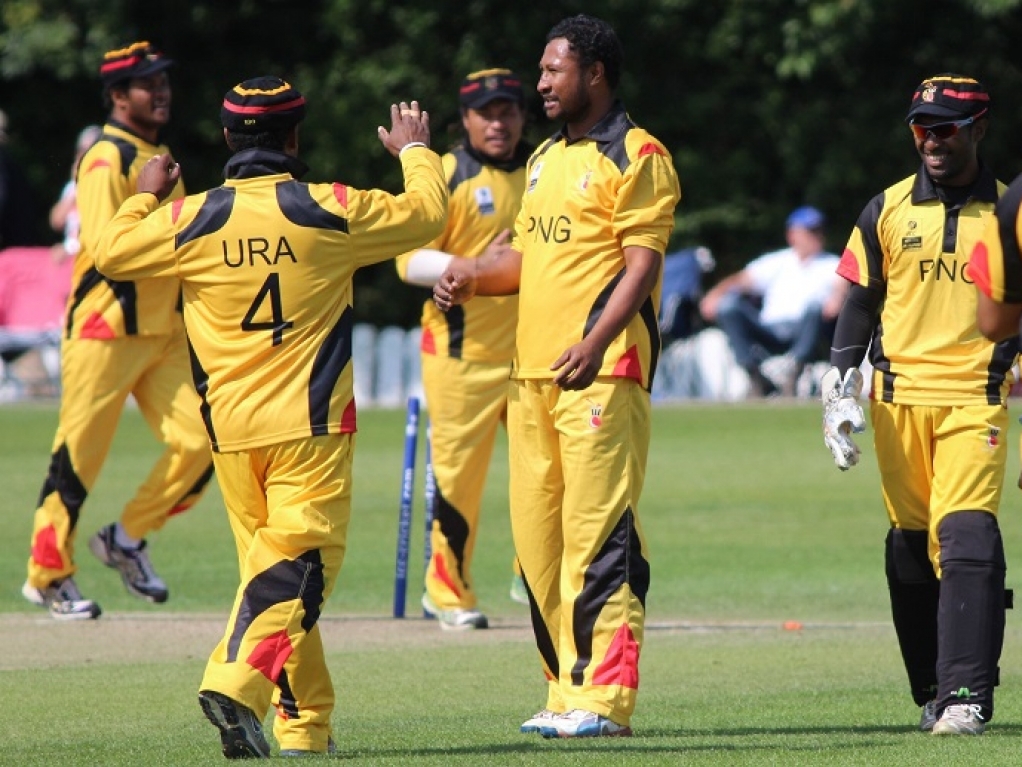 Papua New Guinea caused a huge shock at the World T20 qualifiers when they pulled off a two wicket victory over favourites Ireland in Belfast.

The hero for the team from Oceania was number 10 batsman Norman Vanua who hit 28 off just 10 balls, including four sixes, as Papua New Guinea chased down a score of 124 in with an over and one ball to spare.

Ireland, who won the toss and chose to bat, were restricted to a score of 123 for nine in their 20 overs with captain William Porterfield scoring an unbeaten 57 for the hosts.

Seamer Willie Gavera, who came on at first change, was the best bowler on show for Papua New Guinea recording figures of three for 17 in his four overs.

Papua New Guinea continually lost wickets in the chase and found themselves at 93 for eight in the 17th over of the innings when Vanua, who opened the bowling, started his heroic effort.

He hit a six off Alex Cusack in the 18th and then, with 20 needed off 12 balls, he smashed medium-pacer John Mooney for three sixes in the second-last over to finish the match and claim a famous win for his country.

The win moved Papua New Guinea up to second on the seven team table with Ireland still sitting in first place. The top four teams from two groups will qualify for the quarterfinals.