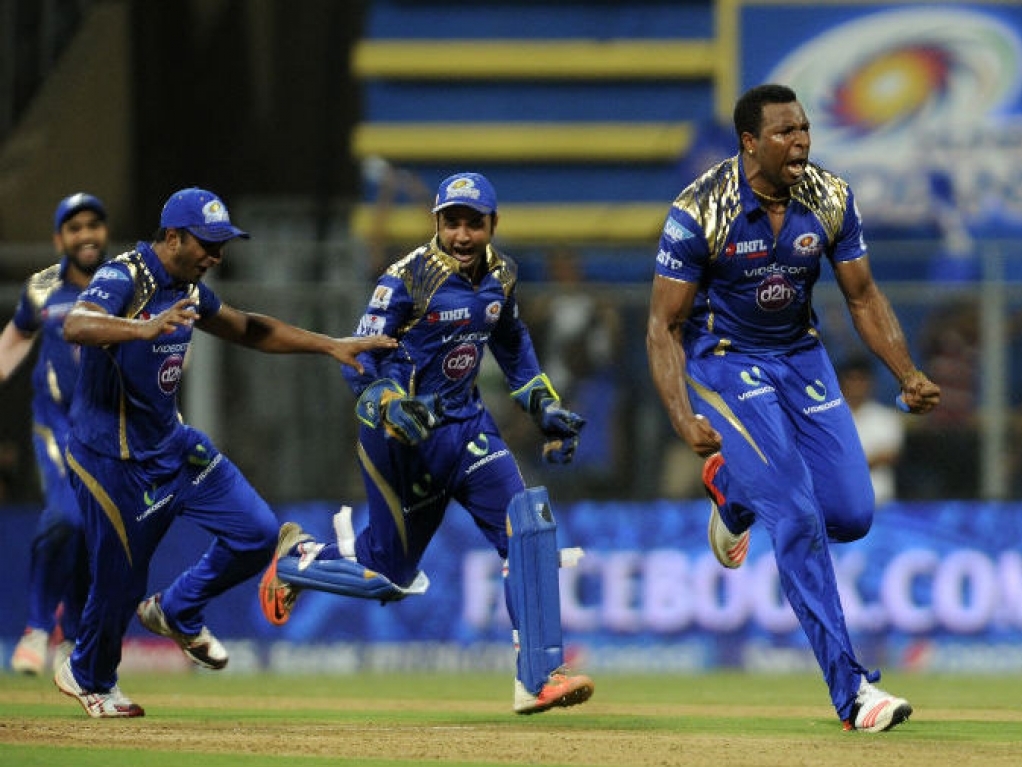 The Mumbai Indians clinched a five-run victory over the Kolkata Knight Riders in a thrilling match that kept the crowd on the edge of their seats right up to the last ball of the match.

In the end it was allrounder Kieron Pollard who kept his nerve to deliver an almost perfect final over that got Mumbai over the line in front of their home fans.

Having not bowled a single over during the match, Mumbai skipper Rohit Sharma entrusted the 20th over to Pollard with 12 runs to defend. The burly West Indian didn't disappoint, removing dangerman Yusuf Pathan (52), conceded a streaky boundary and only two singles to win the match for his side.

Yusuf was the key to the chase as he was well set at that stage but he did not get the support that he would've liked in the middle overs. Shakib Al Hasan (23) tried but he fell just as he was looking dangerous.

Skipper Gautam Gambhir (38) and opening partner Robin Uthappa (25) got the Knight Riders off to reasonable start putting on 45 in the first five overs but their start was not capitalised on by the rest of the batting order in pursuit of the target of 172, ending on 166 for seven.

Earlier Mumbai's score of 171 for four was set up by 21 year-old rising star Hardik Pandya, who scored 61 not out off 31 balls, as he and Pollard (33*) came together at 79 for four in the 12th over and proceeded to put on an unbroken match-winning partnership of 92 for the fifth wicket.