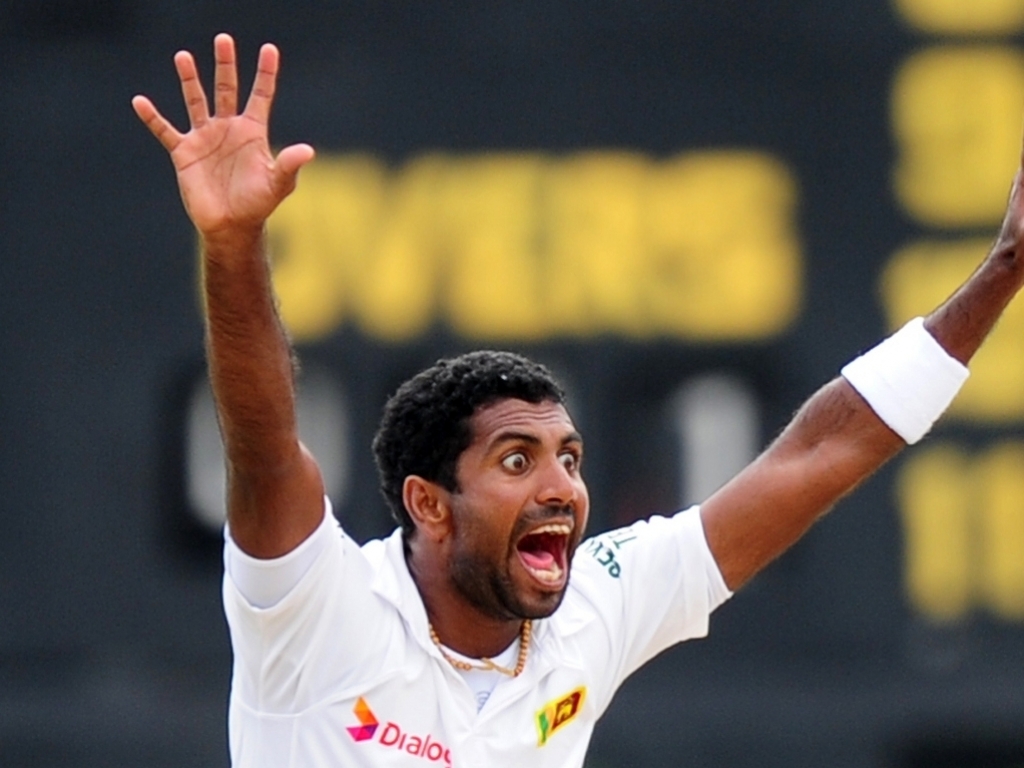 Dhammika Prasad took four wickets first innings wickets to leave Sri Lanka on top at stumps on the second day of the second Test against the West Indies at the P.Sara Oval.

A right-arm seamer, Prasad recorded figures of four for 34 in 12 overs as the Windies only managed 163 all out in reply to Sri Lanka's first innings total of 200.

The home team were 76 for two at the close, an overall lead of 113 runs, with opener Kaushal Silva at the crease on 31 and Dinesh Chandimal on five not out.

Resuming the day on 17 for one, the tourists would have hoped for a better showing with the bat after their bowlers put in a good effort on the first day.

However they were thwarted by Prasad and offspinner Dilruwan Perera, who finished with three wickets in 11.2 economical overs.

Only opening batsman Kraigg Brathwaite (47 from 101 balls) showed the necessary application at the crease for the Windies while the next best score came from captain Jason Holder (21), batting at number eight.

The Caribbean outfit did get two scalps late in the day, with paceman Jerome Taylor accounting for Dimuth Karunaratne with the first ball of the innings and debutant spinner Jomel Warrican getting Kusal Mendis for 39 to go with his four wickets in the first innings.