Prasad shines, Sri Lanka on the brink of win 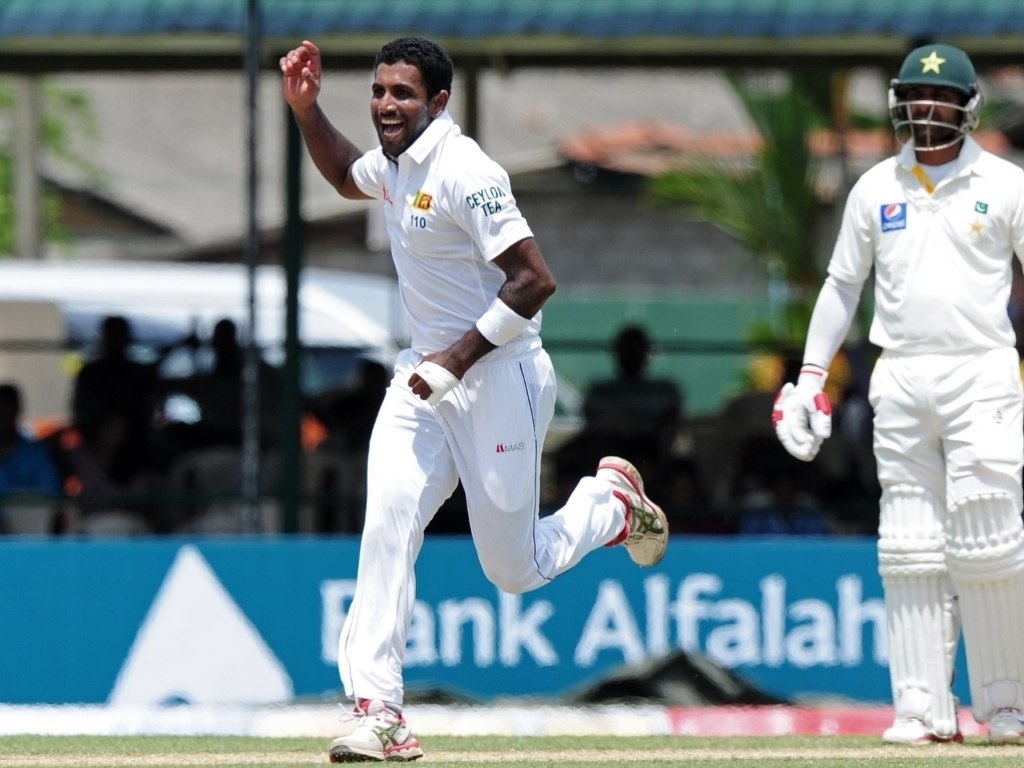 Four wickets from paceman Dhammika Prasad on the fourth day left Sri Lanka on the verge of victory in the second Test against Pakistan and leveling the three-match series at one-all.

Prasad took four for 92 in 29.3 overs at the P Sara Oval in Colombo as Sri Lanka bowled Pakistan out for 329 in their second innings to leave the home side needing 153 to win.

Rain brought an early end to proceedings and even though the entire final session was washed out, the hosts will have the whole day on day five to knock off the runs.

Resuming the day on 171 for two, a lead of just 6 runs, Pakistan lost Younis Khan when he was caught behind off Sri Lanka skipper Angelo Mathews for 40.

At 202 for three the visitors would still have felt reasonably comfortable but then proceeded to have a stunning collapse as they lost their lost eight wickets for 95 runs.

Only Azhar Ali, who was 64 not out overnight, tried to stand firm as he went to his century but he to perished when on 117. Debutant seamer Dushmantha Chameera supported Prasad well taking three wickets, while Mathews chipped in with two.

Sri Lanka have done well in this game after losing the first Test in Galle. They bowled Pakistan out for 138 in their first innings then replied with 315 all out.

It looks almost certain that we are in for a series decider in Pallekele on 3 July unless the weather has the final say.