Pressure on Proteas after gingers snap 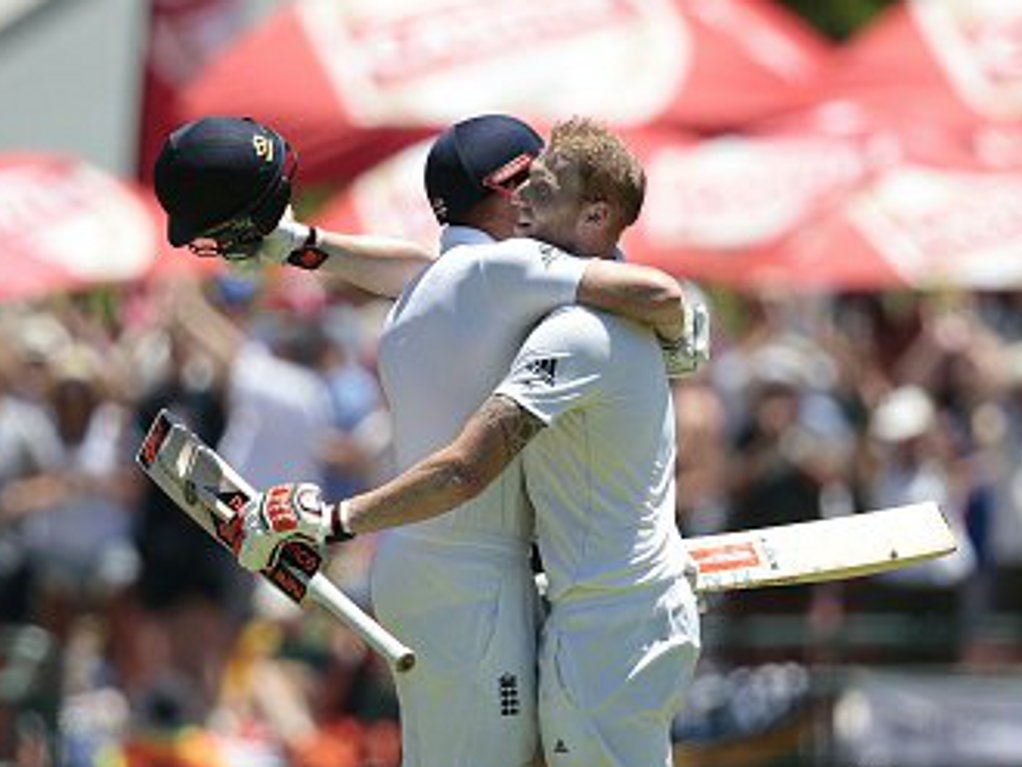 A record stand for the sixth wicket, and a blistering double ton from Ben Stokes, ensured that England were well in control of the second Test in Cape Town at stumps on day two, with the Proteas on 141 for two.

While the Proteas managed a decent reply in the afternoon and evening, they still trailed by 488 at stumps after England declared on 629 for six just before tea. Stokes and Jonny Bairstow had recorded 399 for the sixth wicket.

Stokes was the star, redhead or otherwise, of the day, scoring 258 runs at a cracking pace. He made 130 runs in the morning session alone, a new record in Tests, and his 200 came off 163 balls. This was the second quickest double ton in Tests, and the fastest for England.

Bairstow was a very impressive partner at the other end, making his maiden century, and the team declared when he reached his 150, nine overs before the tea break.

The day began with Stokes well set on 74, and England on 317 for five. The pair went about smashing the home bowlers to all corners, and added a whopping 196 runs to the score in the morning alone.

Stokes took great pleasure in hitting sixes off the wayward Proteas, who insisted on bowling short to him when the deck did not offer much pace, and he happily hooked and pulled his way to 200.

He eventually departed late in the afternoon, hoiking a Kagiso Rabada delivery high into the air. AB de Villiers dropped the easy catch, but while Stokes wasn't paying attention to his running, De Villiers hit with his shy at the stumps.

The hosts thus had to bat for half an hour before tea, and they started poorly as Stiaan van Zyl was run out for four. He took off for a run as Dean Elgar stood still, and was well short of his ground as he turned back.

Elgar batted rather well for his 44, with Hashim Amla at the other end, but he was unable to reach stumps as he edged Stokes, always in the action, to Nick Compton at backward point.

This brought De Villiers to the middle, and he was handed a life early on when he nicked James Anderson to the slips. Joe Root was unable to hold on to the simple catch though, and it raced for four to bring up the Proteas' 100.

At the close, Amla was on 64, having recorded his first half century since before the tour to India. It was a welcome return to form for the batsman who copped a lot of criticism over his captaincy over the past two days. De Villiers was at the other end, on 25.