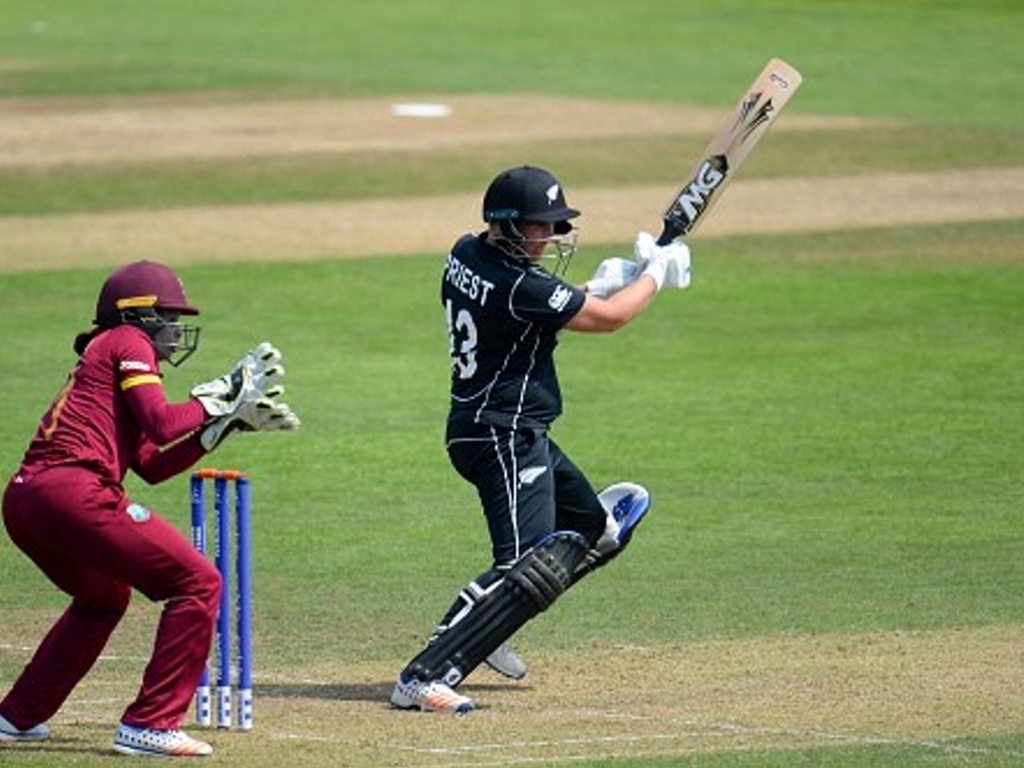 Perhaps it was the frustration of losing a game to the rain. Or the hurt of not being able to push Australia for another memorable chapter in their rivalry. Perhaps it was the slightest of indignation that it couldn’t do a South Africa and roll the West Indies for a double-digit total. Or maybe someone in the side just had an afternoon train to catch.

Either way, New Zealand decided to make short work of the 151-run target set for it at the County Ground in Taunton in its ICC Women’s World Cup 2017 game on Thursday. Before a small contingent of friends and family who barely had time for lunch to settle, and Debbie Hockley, their board president who is the highest run-scorer in all World Cups, Rachel Priest dominated an opening stand of 120 to complete the chase in 18.2 overs.

Priest struck 17 fours and two sixes in a blistering 54-ball 90, after Lea Tahuhu and Leigh Kasperek picked up three wickets each to bowl Windies out for 150 in 43 overs.

The rapid fire win has boosted New Zealand’s net-run rate as the race for semi-final spots heats up.

Priest seemed inclined to make up for a disappointing run in the tournament so far, playing with her usual flair from the get go. Akeira Peters’ first over in international cricket included three boundaries from Priest, as she punished anything that was short or offered the slightest of width.

The Power Play brought 71 runs of which Priest contributed 53. Her half-century came in no time at all, a leg-side six and four off Afy Fltcher getting her close, and another massive shot over the deep mid-wicket ropes in the same area as before taking her there in 29 balls.

Hayley Matthews was welcomed into the attack with an over that went for four boundaries behind and on either side of the wicket. A century seemed within reach when extra-cover plucked her drive out of the air, Anisa Mohammad getting the breakthrough.

Suzie Bates kept the boundaries coming, and was unbeaten on 40 off 42 balls with Katey Martin for company on 11 when the winning runs were struck.

Earlier, Kasperek, coming into the side in place of Erin Bermingham, formed an effective partnership with Tahuhu.

The pacer got the early breakthroughs in consecutive overs to have Windies at 10 for 2 after it was sent in. Kycia Knight edged behind in an unhappy return to the side while Matthews was surprised at the pace of a short ball that climbed on her to offer Tahuhu a return catch sliding onto her back.

The third-wicket partnership of Stafanie Taylor and Chedean Nation was stable rather than spectacular. But just when they were getting settled and Nation was finding her touch on the leg-side, Kasperek threw them off course again.

Her first spell of three overs had gone for just one run, the extreme lack of pace and the considerable drift keeping the batters quiet. She came back with a change of ends and immediately caught Taylor leg before trying to sweep one that pitched on middle. It was two in two when Deandra Dottin collected another duck, driving straight back to the bowler. Kasperek overcame a momentary fumble to hold on.

Amelia Kerr’s leg-spin had Nation playing to mid-wicket and the Windies had lost three wickets for the addition of no runs.

Merissa Aguilliera looked good to make an impact in her 100th One-Day International, but was stumped.

Kerr was taken for a few as the Windies lower order again did what their main batsmen couldn’t. Kyshona Knight, the left-hander, top-scored with 41 for the ICC World T20 2016 champion, guiding the team past 100 in the 31st over of the game with a well-struck drive into cow corner.

But once Holly Huddleston rattled her off-stump, Fletcher, who struck four fours, ran out of support.

Kasperek would finish with six maidens in a spell that read 10-6-17-3 while Tahuhu had 3 for 39. All other bowlers pitched in with at least one wicket as New Zealand moved to two wins and one no-result from four games.