Proteas’ batting lets them down again 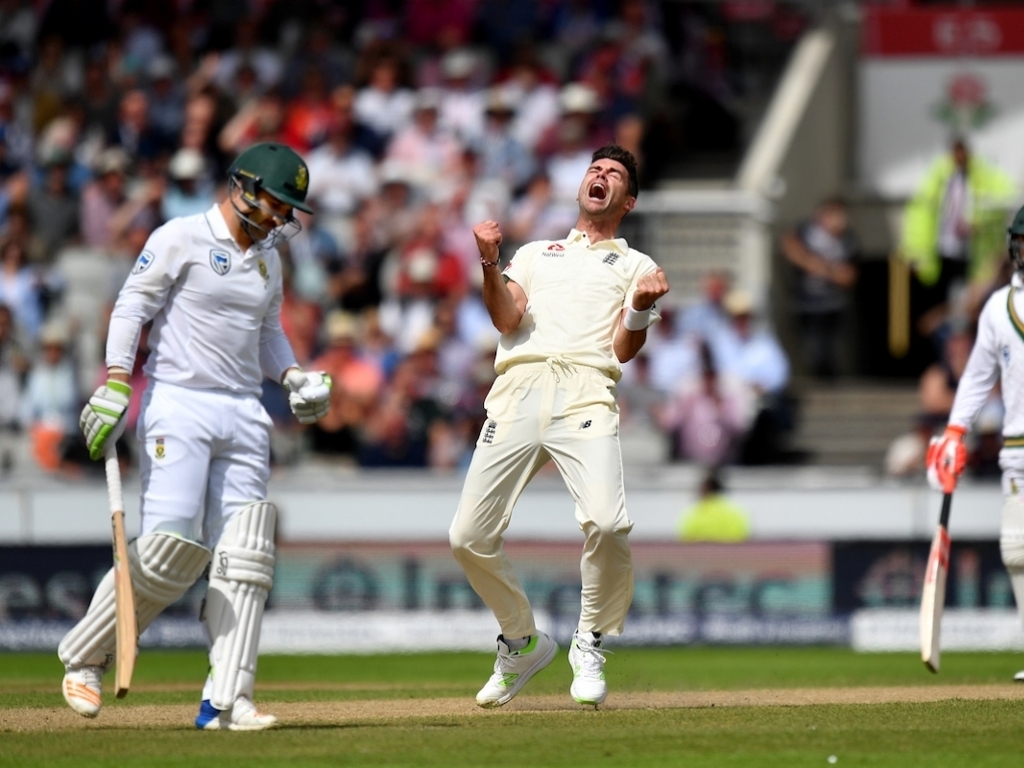 The Proteas day two blues continued in their Test series against England as they slumped to 220/9 in response to England’s 362 all out.

South Africa had made quick work of the lower order in the morning session, bagging Toby Roland-Jones (4), Moeen Ali (14) and Stuart Broad (7) cheaply.

In their desire to have Anderson on strike the Proteas spread the field to Bairstow who picked off twos to his heart’s content.

The keeper would reach 99 before being trapped leg before by Keshav Maharaj, he reviewed but the ball tracking returned umpires call on impact and he had to go, the call was so marginal that it is hard not to feel sorry for Bairstow.

WICKET Huge disappointment for @bairstow21. Out for 99 after a wonderful innings.

Kagiso Rabada was the pick of the South Africa bowlers with figures of 4/91.

In response the batting effort from the Proteas was tepid at best with Anderson doing the bulk of the damage.

Barring Dean Elgar, who was trapped leg before off the third ball of the innings, every batsman got a start.

Hashim Amla hit 30 then got strangled down leg off Roland-Jones while Heino Kuhn never looked settled and continues to look out of his depth and he struggled to 24 before being caught in the slips off Ali.

Temba Bavuma top scored with 46 before leaving an inswinger from Anderson that took his off-stump.

WICKET! @jimmy9 bowls Bavuma to get his second wicket from his end!

Du Plessis (27) also fell to and Anderson in-ducker which caught the inside edge into his stumps.

A spirited ninth wicket partnership gave the Proteas a glimmer of hope but Rabada (23) was brilliantly caught in the final over of the day leaving England needing just one wicket to wrap up the innings tomorrow.