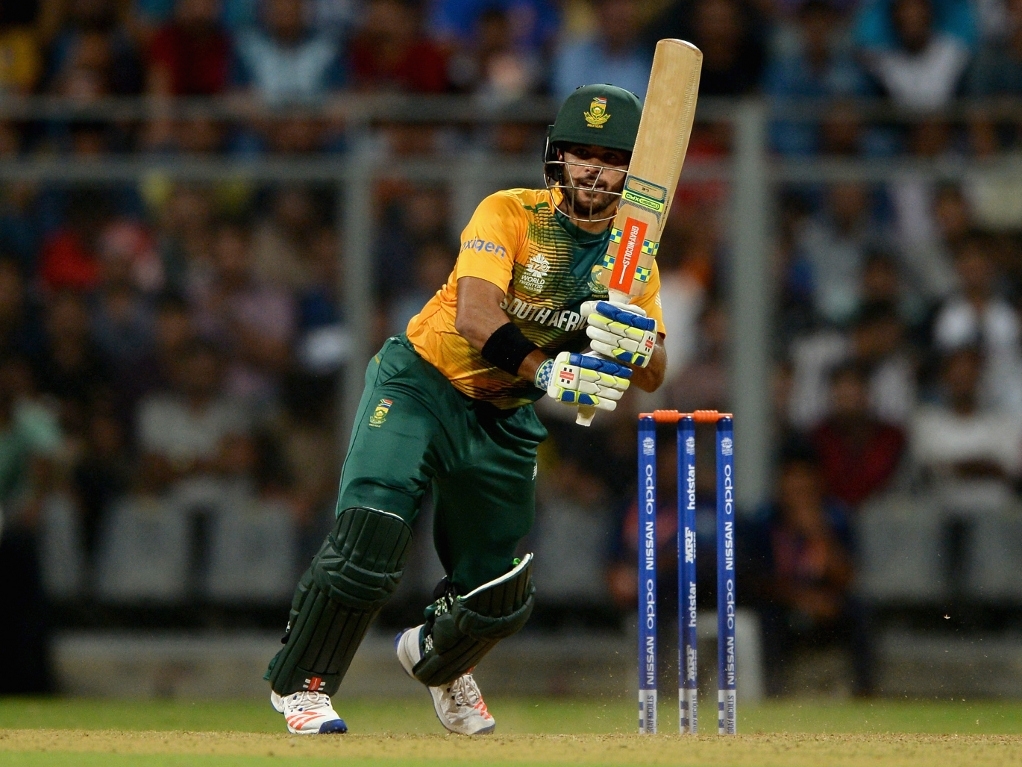 It was almost as if Wankhede Stadium was hosting a formal T20I. A jam-packed arena witnessed a gripping warm-up encounter between India and South Africa ahead of the World T20.

On a good batting track, both sides enjoyed a good time and the fans were treated to a high-scoring game. Chasing 198 to win, India fell short in a thrilling finale.

With 14 needed off the last over, it boiled down to 10 needed in two balls. MS Dhoni smashed Chris Morris for a four over square-leg. This time, Dhoni didn't have his finish as the last ball only went to deep mid-wicket.

At one stage, India seemed down during the run-chase as they were reduced to 48 for three in the seventh over. Rohit Sharma, Virat Kohli and Ajinkya Rahane were the men dismissed. Suresh Raina (41 off 26 balls) walked in and partnered Shikhar Dhawan (73 off 53 balls) in the recovery.

In tandem, they added 94 in 59 balls to give India a chance. The two southpaws had a calculated approach. They managed to pick boundaries at regular intervals and kept rotating the strike.

Each shot was welcomed with enthusiastic cheers from the huge crowd. The roars only got louder with India needing 55 off 24 balls. Dhawan and Raina were called back to the hut.

Yuvraj Singh and Dhoni walked in to practice their finishing skills. Dhoni took control, starting off with two fours within the first over. In the 18th over, he pulled one into the third tier and then guided one through point for four.

Things got tighter with 20 needed off seven balls, when Yuvraj sent one over long-on for a six. It was then left to Dhoni to add the finishing touches, but Morris did well to get the first four balls in the blockhole.

Earlier, South Africa batted and put up an impressive 196 for eight in their 20 overs. Though they lost a couple of early wickets, Quinton de Kock (56 off 33 balls) and JP Duminy (67 off 44 balls) helped them get back on track with some great batting. The Indian bowling had a tough time in the middle.

Jasprit Bumrah in particular had an off day as he went for 51 runs in his four overs. India did manage to take wickets to stem the flow of runs, but South Africa closed in on 200.