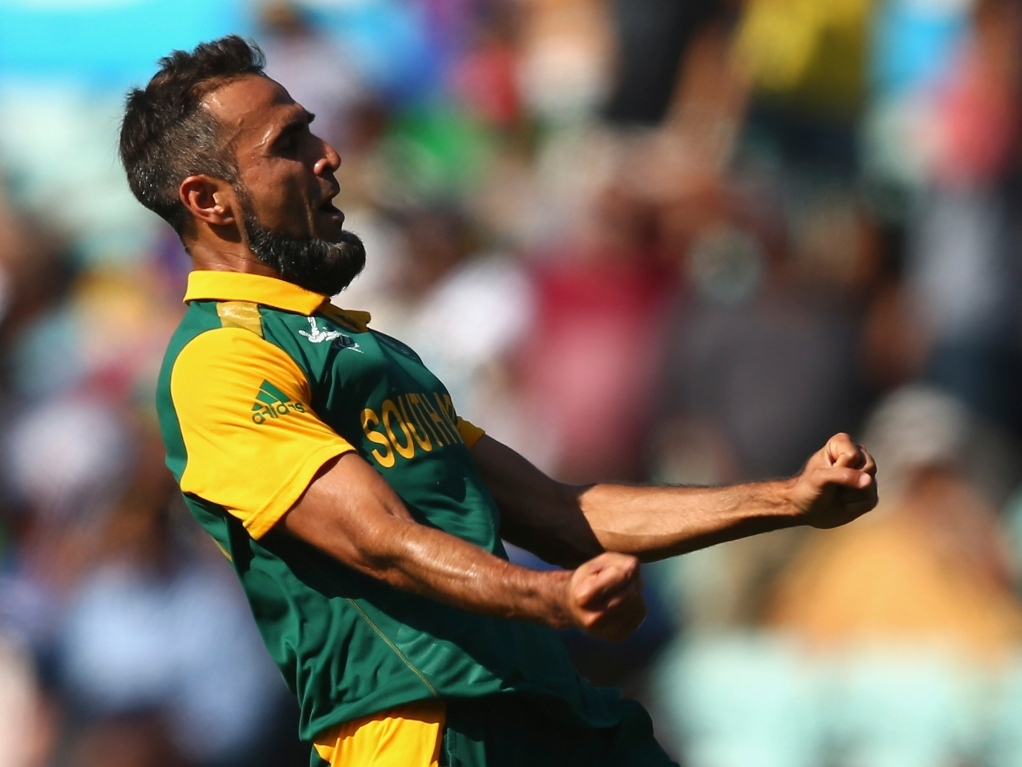 South Africa needed just 134 runs to beat Sri Lanka at the SCG to advance to the semi-finals, after JP Duminy took a hat-trick and Imran Tahir four, and Quinton de Kock found his form at last as the Proteas won by nine wickets.

Sri Lanka were dismal with the bat, despite opting to make the Proteas chase, and not even Kumar Sangakkara could save them as his run of centuries came to a halt. De Kock made 78 not out in the easy chase across 18 overs.

Having been asked to field, with Sri Lanka banking on the Proteas' poor chasing record, Dale Steyn and Kyle Abbott struck early to put Sri Lanka two down for just four runs, leaving Sangakkara to do all the work.

He had to watch as, despite a half century stand with Lahiru Thirimanne, the wickets tumbled at the other end. His own batting was stifled, and at one stage he had five runs off 41 balls, bogged down by the tight bowling.

Tahir and Duminy were perfect for the conditions, with the latter removing the middle order of Thirimanne, Mahela Jayawardene and Thisara Perera. Mahela, playing in what turned out to be his (and Sangakkara's) final ODI, made just four.

Duminy became only the second South African to take an ODI hat-trick, and their first in a World Cup. He removed Angelo Mathews off the last ball off the 3rd over, and then bagged Nuwan Kulasekara and Tharindu Kaushal with the first two balls of his next over. Not that anyone realised it at the time.

So being set a small total, and rain arriving to interrupt things for a few minutes, there was a worry that a small target would again prove tricky, as it had a few times earlier in the tournament.

But De Kock, under a lot of pressure following a poor run in the group stage, found his feet at last and hit his fifty off just 39 balls. Hashim Amla was the only wicket to fall, the score on 40, before Faf du Plessis made 21 not out to help De Kock secure the win.

South Africa will now travel to Auckland for their semi-final against either New Zealand or the West Indies next week.