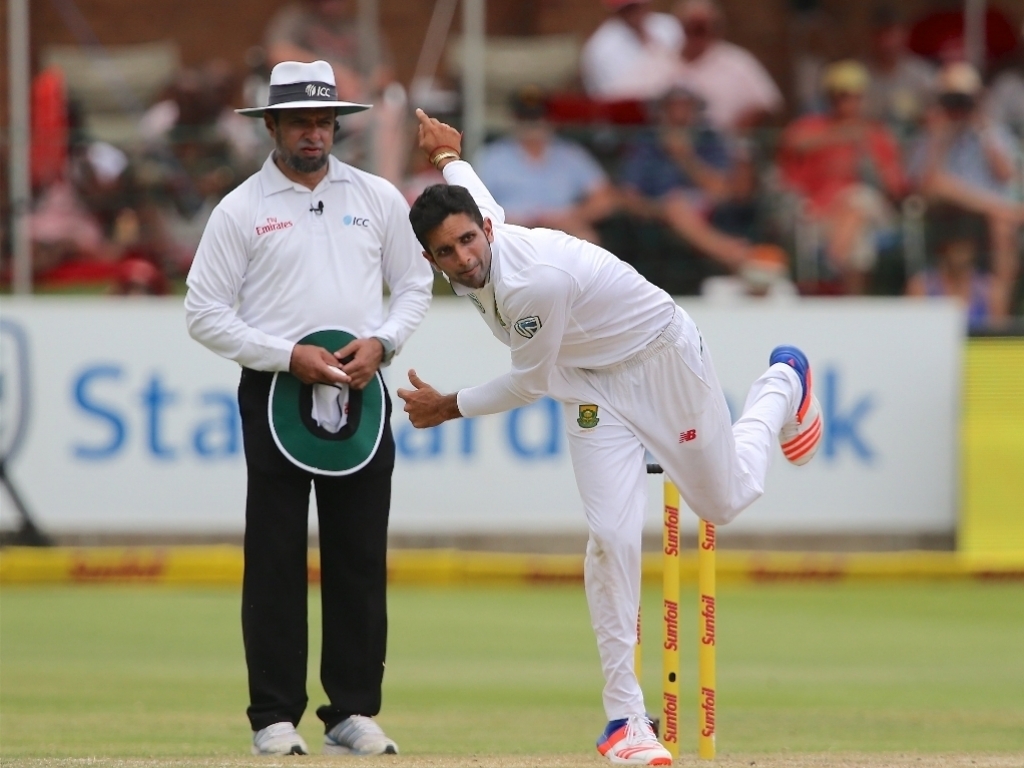 It took the Proteas a little over an hour to wrap up the first Test against Sri Lanka at St George’s as they bowled Sri Lanka out for 281 to win by 206 runs.

Kyle Abbott got the ball rolling with a brace of lbw’s that removed overnight batsmen Angelo Mathews (59) and Dhananjaya de Silva (22) and broke the back of Sri Lanka’s resistance.

Kagiso Rabada joined in the party as his short bowling proved too hot for Dusmantha Chameera to handle.

Keshav Maharaj wrapped up the Test match with a brilliant ball that gripped, turned and clattered into Nuwan Pradeep’s off stump.

The 206 run victory is South Africa’s largest victory by runs over Sri Lanka.

While Sri Lanka were well beaten they will take comfort from how they frustrated the Proteas attack at times and of course the bowling of Suranga Lakmal who picked up his first Test five for in South Africa’s first innings.

For South Africa the only concerns will be the form of Hashim Amla and Temba Bavuma who have struggled.

Stephen Cook was named man of the match for his fifty in the first innings and hundred in the second.