Proteas clinch ODI series Down Under after twin tons 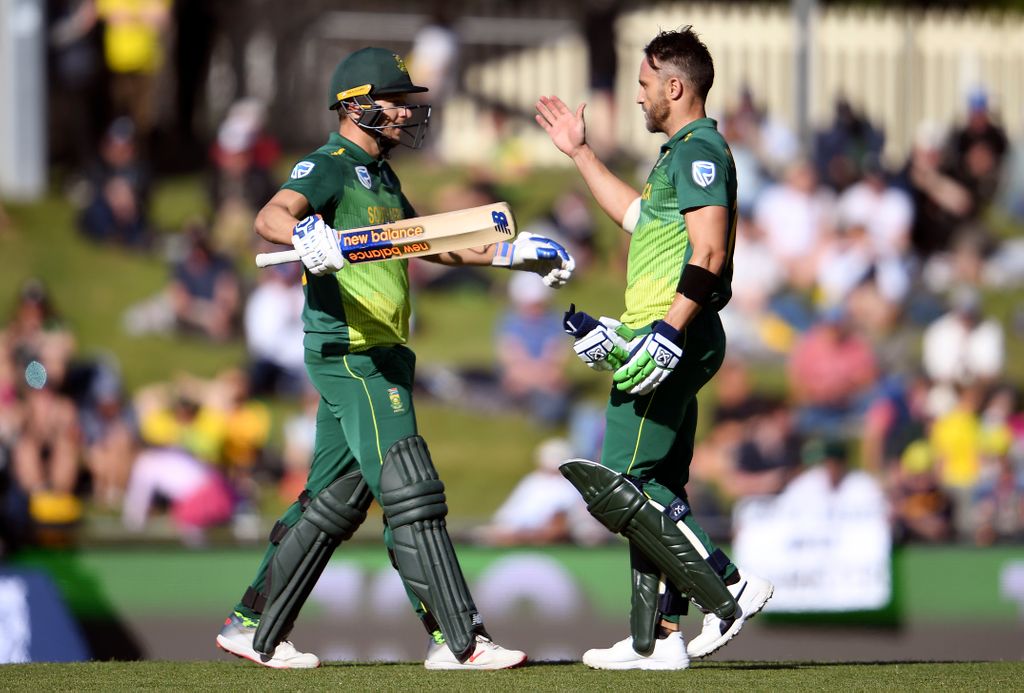 Captain Faf du Plessis and David Miller scored centuries as the Proteas beat Australia by 40 runs in the third and deciding ODI in Hobart as the visitors took the series 2-1.

The visiting bowlers then did well on a rather flat batting wicket to restrict Australia to 280/9 despite Shaun Marsh stoking 106 off 102 balls.

Fast bowlers Dale Steyn (3-45) and Kagiso Rabada (3-40) took three wickets each while seamer Dwaine Pretorius returned figures of 2-61, including the key wickets of Marsh and Marcus Stoinis for 63.

Marsh’s ton and Stoinis’ half-century set the game up for the Aussies as they required 71 from 36 balls, with Glenn Maxwell (35) still at the crease, but fabulous death bowling by the Proteas made sure of the victory.

Australia captain Aaron Finch had earlier won the toss and elected to field and that decision seemed justified when the reduced they Proteas to 55/3 in the 16th over with the wickets of Quinton de Kock (4), Reeza Hendricks (8) and Aiden Markram (32) with paceman Mitchell Starc getting two of them.

What followed however was a the match-winning partnership as Du Plessis and Miller started slowly but then cut loose with 15 overs to go.

It was the highest stand Australia have ever conceded in an ODI while it was also South Africa’s third highest partnership in ODI cricket.

The pair were only broken up in the 49th over of the innings when the skipper holed out to the cover boundary off Stoinis while Miller was caught at deep mid-wicket with two balls of the innings still remaining.

The victory gave the Proteas their first ODI series success Down Under since 2008-2009 while Du Plessis now becomes the first SA captain to win Test and ODI series in Australia.

The teams will play a one-off T20I in Carrara on Saturday.