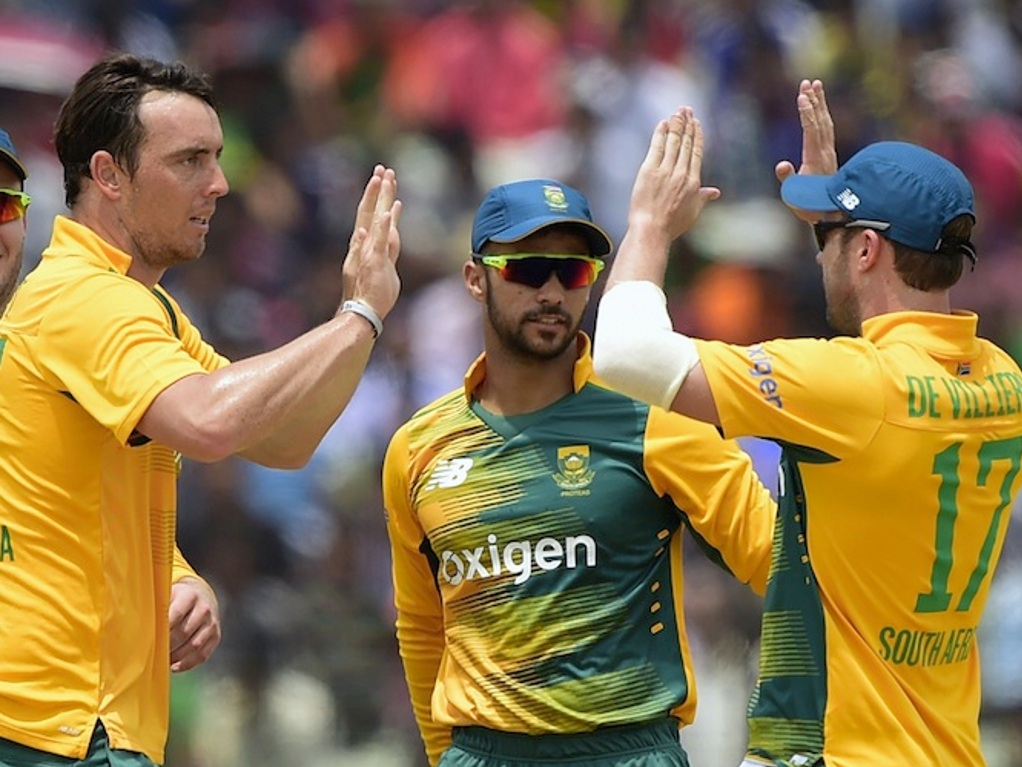 Eddie Leie took three wickets on debut as South Africa comfortably beat Bangladesh by 31 runs in the second, and final, T20 international in Mirpur on Tuesday to wrap up a two-nil series win.

Defending a target of 170, Leie, a wrist spinner, finished with figures of three for 16 from three overs as he broke the back of the home side's chase after they were siting pretty at 55 for one in the seventh over.

Left-arm spinner Aaron Phangiso also played his part as he also picked up three wickets, although he was a touch more expensive going for 30 in his four overs.

Besides opener Soumya Sarkar, who scored 37, none of the Tigers batsmen showed the necessary application needed on a slow wicket that assisted the spinners.

Seamer Kyle Abbott mopped up the tail, including two in the final over of the innings, to also claim three wickets with the home side eventually being bowled out for 138.

In the South Africa innings, AB de Villiers (40) and Quinton de Kock (44) got the Proteas off to a fast start putting on 95 for the first wicket inside 11 overs.

Although they lost their way in the middle overs David Miller (35* in 28 balls) and Rilee Rossouw (19* in six balls) propelled the visitors to a more than decent total of 169 for four in 20 overs on a slow wicket.

The sides will now contest three ODI's which will then be followed by two Test matches.