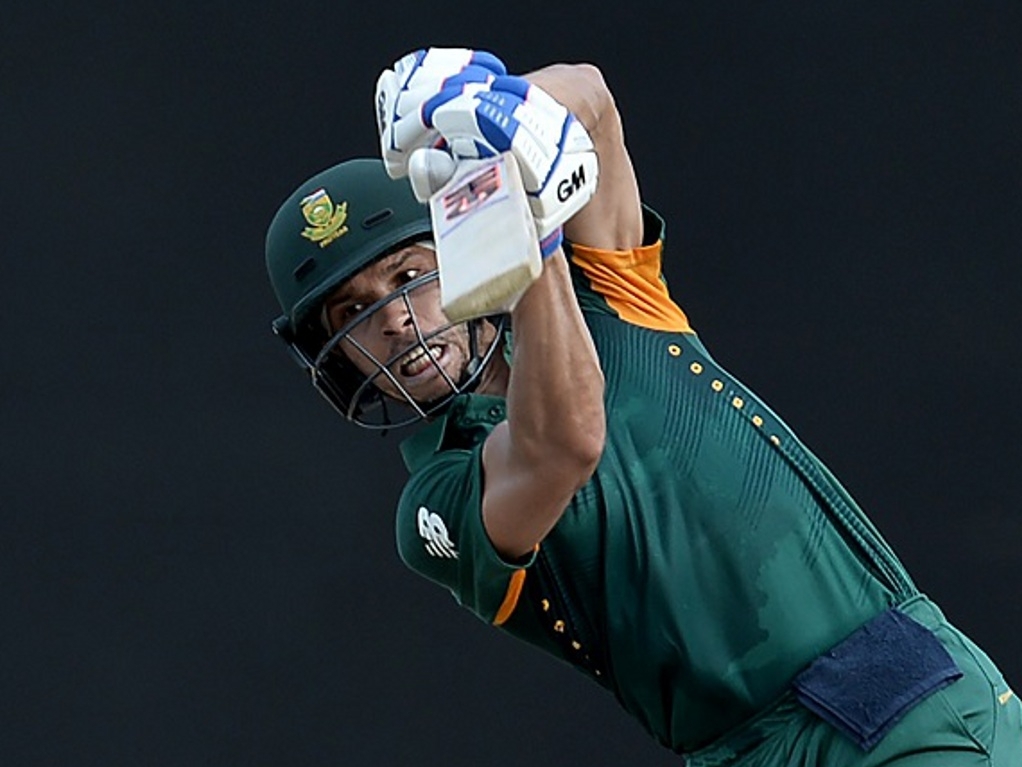 South Africa kept their many critics at bay as they produced an exceptional display in the field to bowl out Australia for 142 runs and claim a 47-run bonus point win in the last match of the Guyana leg of this triangular tournament.

Farhaan Behardien (62) rescued the Proteas from a potentially dismal score as he batted with the tail to take his team from 112 for 6 in 28.2 overs to 189 for 9. The goal would have been to bat out the full allotment of 50 overs and in doing so he gave his bowlers a chance to win the game on a treacherous wicket.

Earlier AB de Villiers won the toss on a sunny day in Georgetown and elected to make first use of the tired Providence surface. At 80 for 2 after 18 overs things seemed to be going along swimmingly but when Hashim Amla was run out, through a combination of attempted suicide and excellent fielding by Steven Smith, it heralded a collapse of 6 for 35.

The Proteas had left out Chris Morris and Kyle Abbot at the expense of Wayne Parnell and Tabraiz Shamsi and whilst it proved handy to have three frontline spinners and at the same time play a record eight players of colour, they were left with a very long tail indeed. Parnell at six and Aaron Phangiso at seven are not names that inspire confidence after a heavy middle order collapse.

Man-of-the-match Behardien was patient as the Australian bowlers continued to probe and he shepherded the tail expertly as Phangiso (9) kept out 40 deliveries and Kagiso Rabada (15*) not out survived 27 balls.

Josh Hazlewood (2-20) was the pick of the Australian bowlers as he conceded only two runs per over, the most economical by an Australian since Glenn McGrath in 2005.

Parnell (2-23) was hugely impressive in his first game back for South Africa since the World Cup in early 2015 and he set the tone for the defence when he trapped David Warner, Australia’s best batsman, in the second over of the reply.

Rabada (3-13) was absolutely brilliant with the ball and he bowled Usman Khawaja a few overs later as wickets continued to tumble and Aaron Finch (72) battled it out alone.

Once the spinners were on the Aussies were all at sea. Imran Tahir (2-39), Phangiso (2-26) and debutant Shamsi (1-36) will all wish more pitches were like this raging turner at Providence after they dominated the Australian batting order and had so many potential LBW’s to appeal for that the umpires were made to look like they were guessing at a multiple choice exam. Trinidadian umpire Joel Wilson had a shocker as he handed Shamsi an LBW that was missing another stump and turned down at least three that were plum in front.

At one stage Finch had scored 65 of his team’s 90 for 8 and he did well batting with the last two batsmen Nathan Lyon (30*) and Hazlewood (11*) to take his side within 50 runs of the target but it was not quite enough to save handing the Proteas a bonus point.

Each of the three sides has won and lost one of the two games they have played so far but Australia and South Africa each secured a bonus point, which sees their noses ahead of the hosts one third of the way through the round robin stages.

The next match round begins in St Kitts on Saturday when South Africa will again meet Australia.