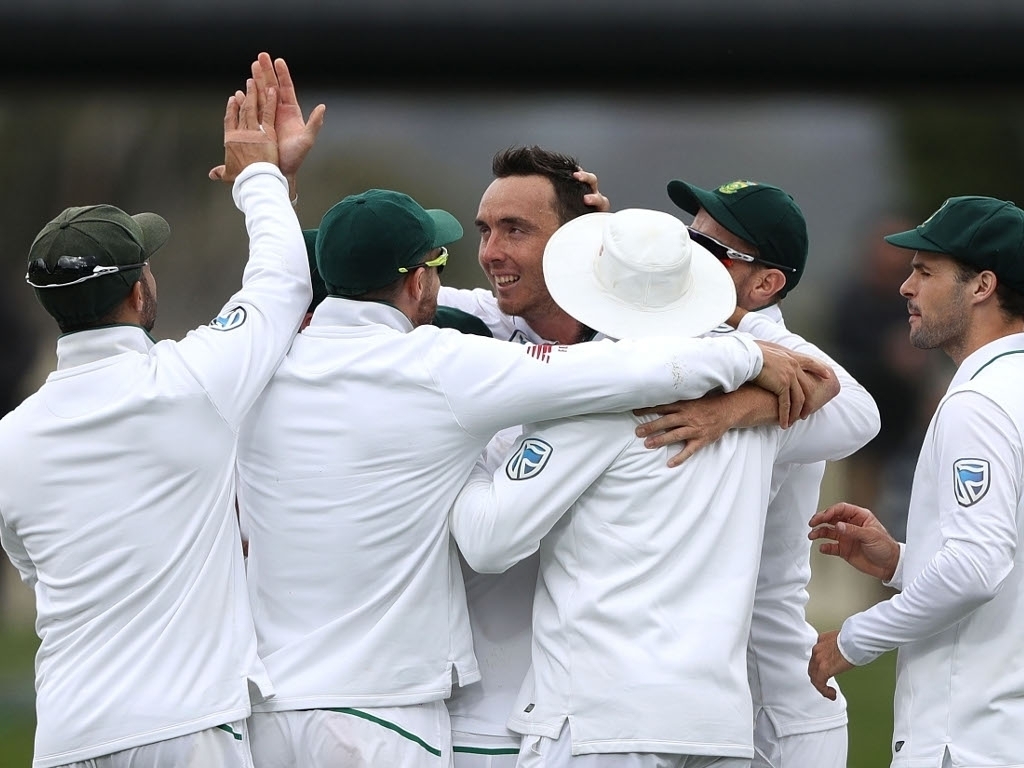 A dominant South Africa routed Australia on the fourth morning of the second Test at Hobart to claim an emphatic series win with more than a day and two sessions to spare.

It was their third successive series win in Australia following similar triumphs in 2008 and 2012. The winning margin was an innings and 80 runs.

Australia suffered an even worse collapse than in the first innings, losing 8 wickets for 32 runs to the combined onslaught from Man of the Match Kyle Abbott, Kagiso Rabada and Vernon Philander.

The match was actually all over in less than seven sessions, taking into account the loss of the full second day on Sunday.

Although the wickets today were shared by Abbott and Radada, Philander deserves equal credit for the way he also built pressure, bowling one dot ball after another of precision line and length.

He bowled 31 balls before he conceded a run on the morning with Australian captain Steve Smith taking 40 minutes to get off the mark.

It was this pressure that caused the devastating collapse that was to follow.

Abbott made the initial breakthroughs to get rid of Usman Khawaja and Adam Voges, then Rabada swept the middle and lower order away with a display of hostility and pace that was far too good for his opponents before Abbott wrapped up the tail.

Abbott took 6/77 in 23.1 overs to finish with a match return of 9/118. As the replacement for Dale Steyn he could not have done a better job.

Rabad took 4/9 in his spell and has clearly introduced a fear factor that the Australian batsmen have been unable to overcome.

This is certainly the Proteas most devastating win ever over Australia on Australian soil which is saying a lot considering some of the memorable moments that have occurred in the past.

It includes matching the performances of the great West Indies side of the late 1980s and early 1990s of winning three series in a row in Australia.

The opportunity is now there in the day/night Test at Adelaide to complete a first ever clean sweep on Australian soil.

This victory comes the day after the 25th anniversary of the Proteas first ever international victory in the third ODI of the 1991 series in India at Delhi.