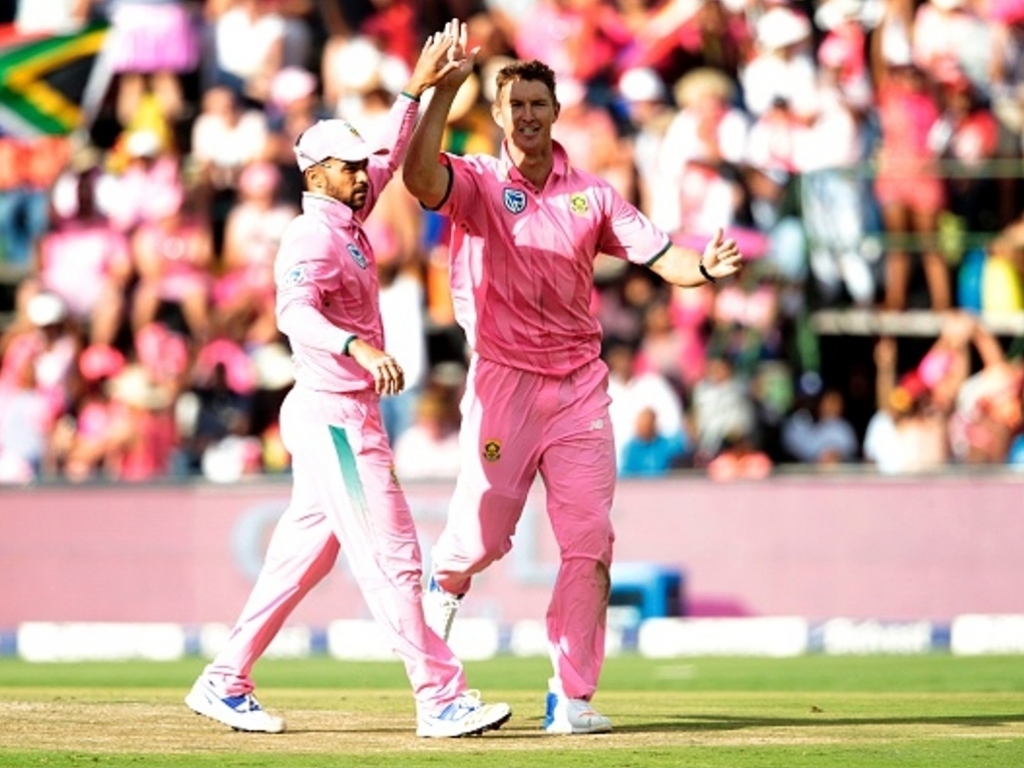 The Proteas cruised to a seven-wicket victory with 18 overs to spare to take a winning 3-0 lead over Sri Lanka in the ODI Series with two matches still to be played.

They now have the chance to complete their second clean sweep this season with victories in the two remaining matches at Newlands on Tuesday and at SuperSport Park next Friday.

Earlier this season they also had a 5-0 series sweep against Australia.

They have also won 12 ODIs in a row on home soil which constitutes a South African record.

For Sri Lanka it was a repeat of what has happened throughout the series with their batsmen again failing to post a total in excess of 200 under batting conditions that suggested they needed to put at least 250 on the board after being sent into bat.

They again started with a good opening stand of 60 between Niroshan Dickwella (74 off 80 balls, 7 fours) and his captain, Upul Tharanga (31 off 45 balls, 5 fours) but thereafter there was no consolidation and they lost their last 7 wickets for 48 runs to set the Proteas a meagre target of 164.

With Lahiru Kumara back in the side to give their attack some teeth they gave one of their better bowling performances of the series but they were unable to apply consistent pressure with such a small total to defend.

After the loss of three cheap wickets AB de Villiers and JP Duminy finished off the job with an unbroken fourth wicket stand of 72 in 13.2 overs which allowed the Proteas captain just enough time to complete his half-century (60 not out off 61 balls, 5 fours). He has now made 706 runs in 10 innings at the Wanderers for an average of 100.85 (3 centuries and 3 50s) with a strike rate in the region of 130.

Dwaine Pretorius, who was given a run with Wayne Parnell being rested, returned career best figures of 3/19 to be named Man of the Match.

Sri Lanka captain Tharanga said after the match: “We had a very good start but we did not capitalise. Dickwella batted very well but nobody supported him well. Only 160 was not enough. For that target I felt the bowlers gave 200%; they did a good job. Two more games to go. Our main concern is batting as I said.”

Skipper De Villiers said of the win: “I thought the crowd was amazing. We achieved we wanted to and secondly supporting cancer. I am going to be 100% honest, batting was not easy. Two-paced wicket, if they [Sri Lanka] had got 100 or more it would have been tough.

“I thought the bowlers did a fantastic job. Dwaine had a fantastic game and all the bowlers chipped in. I was not in 100% control with the bat but I am moving well. That [the bee attack] was a bit annoying. You can’t control those things.

“You just have to re-focus and do the best you can. The chat before today was to win the series. We wanted to make sure we win it today. I think is is important to give some new faces a go come Newlands.”

Dwaine Pretorius was the Man of the Match and said: “I am just glad I could contribute to the team. All the bowlers backed me up and it was actually a great day for me. At the Wanderers it is never really flat, always something in for the bowlers.

“It was my first game for the Proteas at the Wanderers. It’s my home, and I look to go from strength to strength. I have been working on the short ball in the off-season.”