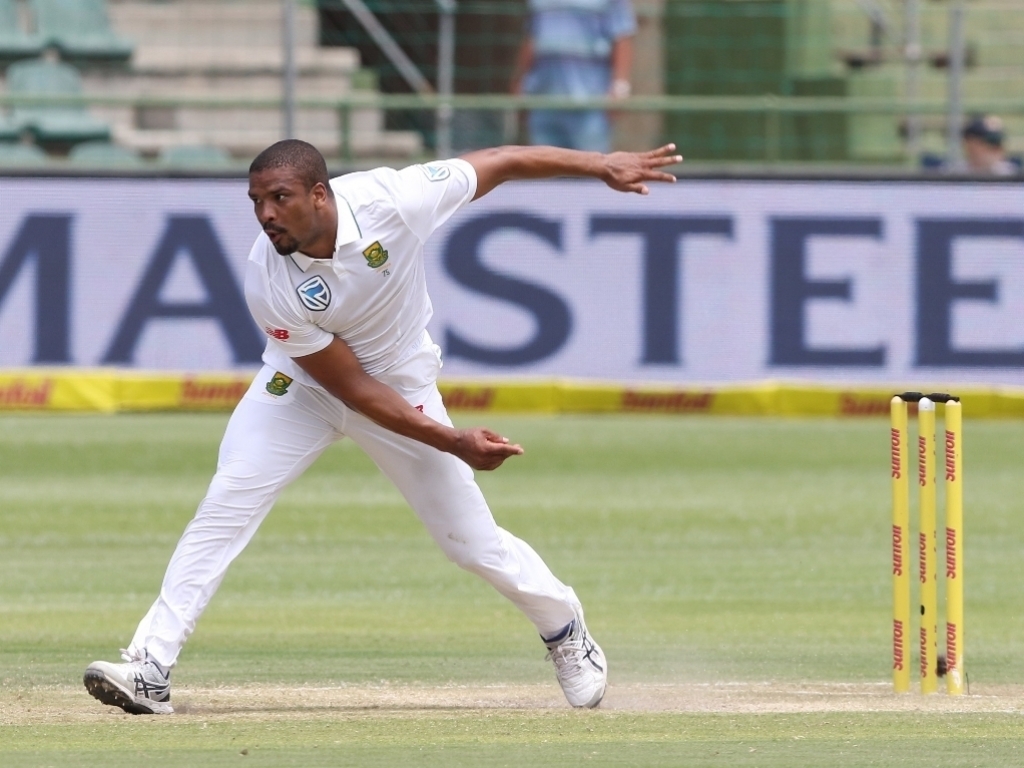 Sri Lanka are staring down the barrel of a big defeat in the second Test against the Proteas at Newlands needing 377 runs to win with 6 wickets in hand.

The Sri Lankan attack caused a few problems for South Africa as they moved from 35 without loss overnight to 224 for 7 declared.

Lakmal picked up 4 for 69 with his probing line proving troublesome for the Proteas.

A number of batsman got starts but only Dean Elgar could reach fifty in a Proteas innings that had a casual air about it.

For under pressure batsmen Hashim Amla and Temba Bavuma it was an innings to forget as both made ducks with the former undone by a ripper from Lakmal while Bavuma’s desperate dive to make his ground resulted in his bat lifting off the ground as the ball struck the stumps.

Vernon Philander struck two successive fours to move South Africa to a 506 run lead before Du Plessis called them in.

Kusal Mendis (4) couldn’t resist the drive and became Philander’s second victim in the tenth over with Elgar claiming the catch in the corden.

It seemed Sri Lanka would resist the Proteas for some time until a double strike from Kagiso Rabada set the visitors back.

First Rabada banged one in short to Kaushal Silva (29) who could only glove it straight up in the air for Stephen Cook to snaffle easily at short leg.

Rabada was a little fortunate to have Dhananjaya de Silva (22) trapped leg before two overs later with replays showing had the batsman reviewed he would have been saved but Sri Lanka were 69 for 4.