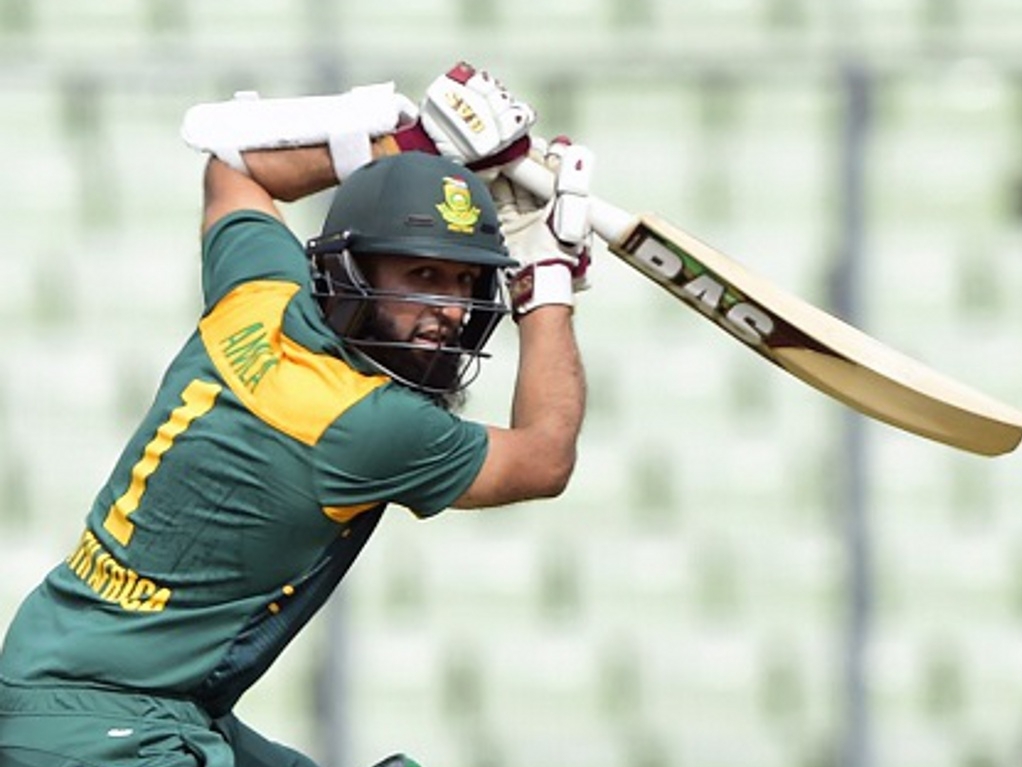 South Africa have drawn first blood in the three match ODI series against New Zealand as they defended a 300-plus score by 20 runs in an entertaining match in Centurion.

Hashim Amla (124) and Riley Rossouw (89) amassed 185 runs for the second wicket, thereby laying a big foundation for a 300-plus score after Kane Williamson unexpectedly elected to field first on a cloudless afternoon at Supersport Park.

It was a partnership characterised by effortless strike rotation and gap seeking as the pair managed five runs to the over without taking undue risks.

Man-of-the-match Amla's 21st ODI ton came in his 119th match and saw him equal Herschelle Gibbs' record for the most by a South African and at 32 years of age he might yet play another 50 games.

The silent warrior, as he is known, displayed his uncanny ability to make scoring quickly look so very easy and when the home side were 230 for one in the 42nd over they looked set for a 320-plus total.

Rossouw and Amla were dismissed as they looked to up the tempo and none of the middle order that followed them were able to make much of an impact as AB de Villiers (9) and David Miller (14) holed out and Farhaan Berhardien (15) and David Wiese (14) were each run out as the Proteas got to 303 – a good score but by no means a safe total on a good surface at a small and fast ground at high altitude in the thin winter air.

New Zealand's star opener Martin Guptill injured his wrist while fielding and did not start the reply. Makeshift opener Luke Ronchi (1) was caught at slip by Hashim Amla at slip off Dale Steyn.

Replays suggested the ball might have hit the ground but Amla is agreed to be about the most honest cricketer there is and Ronchi hardly hesitated in walking off to the pavilion.

Tom Latham (60) and Kane Williamson (47) then put on 1 hundred for the second wicket and when Guptill (25) came in next New Zealand’s chances were still very much alive.

However three wickets in as many overs put the visitors on the backfoot and even a 70-run partnership in ten overs from Jimmy Neesham (41) and Colin Munro (33) was not enough to get them close enough to the finish line before the Proteas were into the tail, who made a valiant fist of it but fell 20 runs short.

The Black Caps will feel that it was a game they could so easily have won but wickets fell every time they looked to be in touch with the chase.

South Africa's bowling plan to each batsmen might have been leaked when it was slipped under the wrong hotel door on the eve of the match but it was not enough to give the New Zealanders the upper hand.

The Proteas' bowling was not altogether impressive and their fielding was ordinary as a few catches were dropped. Some might blame the cool winter’s evening on the dropped catches but spring is only a week or two away and it was a relatively warm winter's night.

Many have criticised this series as a meaningless TV schedule filler out of the regular cricket season. South Africans and New Zealanders are mad about rugby and many sports fans do not even know that the series is taking place.

It is not even being televised in New Zealand. The outfield on the highveld is so hard that coach Russell Domingo has told his players that they do not have to dive on the boundary and the ground is so dry after four months of the dry season that the brown grass has been painted green in order to satisfy television audiences.

Both sides are missing players through injury and the series offers a great chance for newcomers to the side to make their mark. The second match is a day game in Potchefstroom on Sunday.