Home Countries India Proteas escape with a draw in Bangalore

Proteas escape with a draw in Bangalore 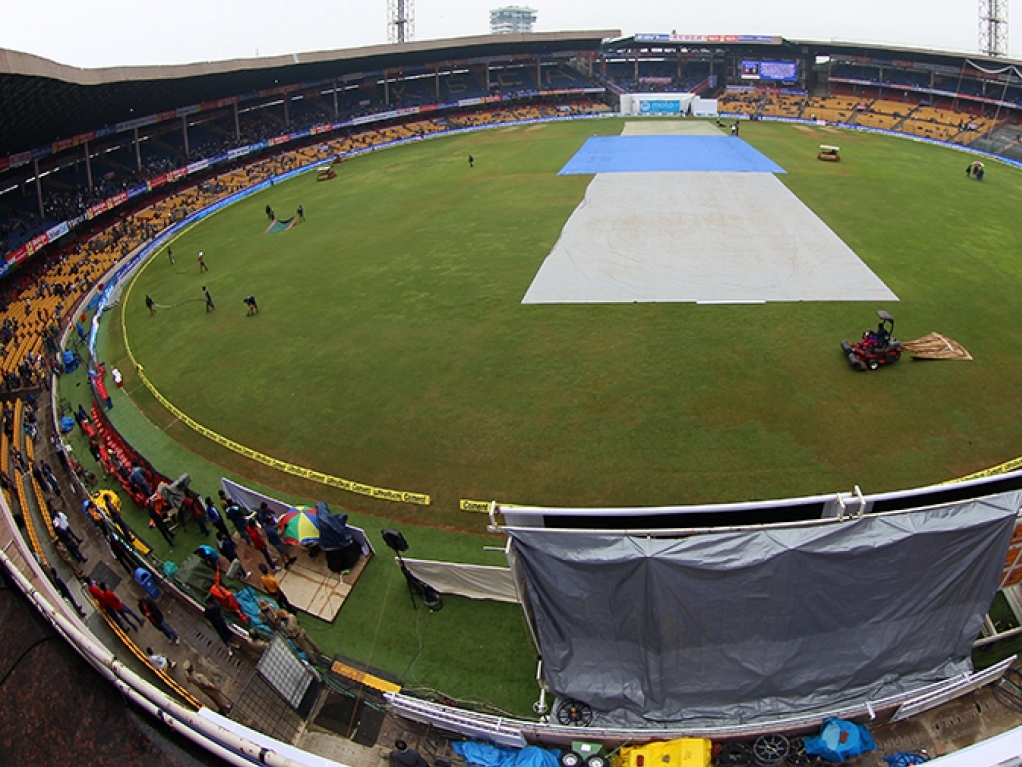 The second Test between India and South Africa in Bangalore ended in a draw when the fifth day was washed out due to rain, meaning the hosts preserve their one-nil series lead.

There was no play for the last four days as conditions at the Chinnaswamy Stadium never improved much as a damp outfield meant no play was possible even when the showers stopped.

India were in a strong position in the match as the Proteas were bowled out for just 214 with the hosts reaching 80 without loss at stumps on the first day after winning the toss and fielding first.

The visitors will be pleased to have escaped Bangalore with a draw which means they still have a chance to win the series with two games still to play.

The third Test starts in Nagpur on 25 November with South Africa never having lost an away series since losing in Sri Lanka in 2006.

India won the first Test in Mohalli by a comfortable margin of 108 runs.