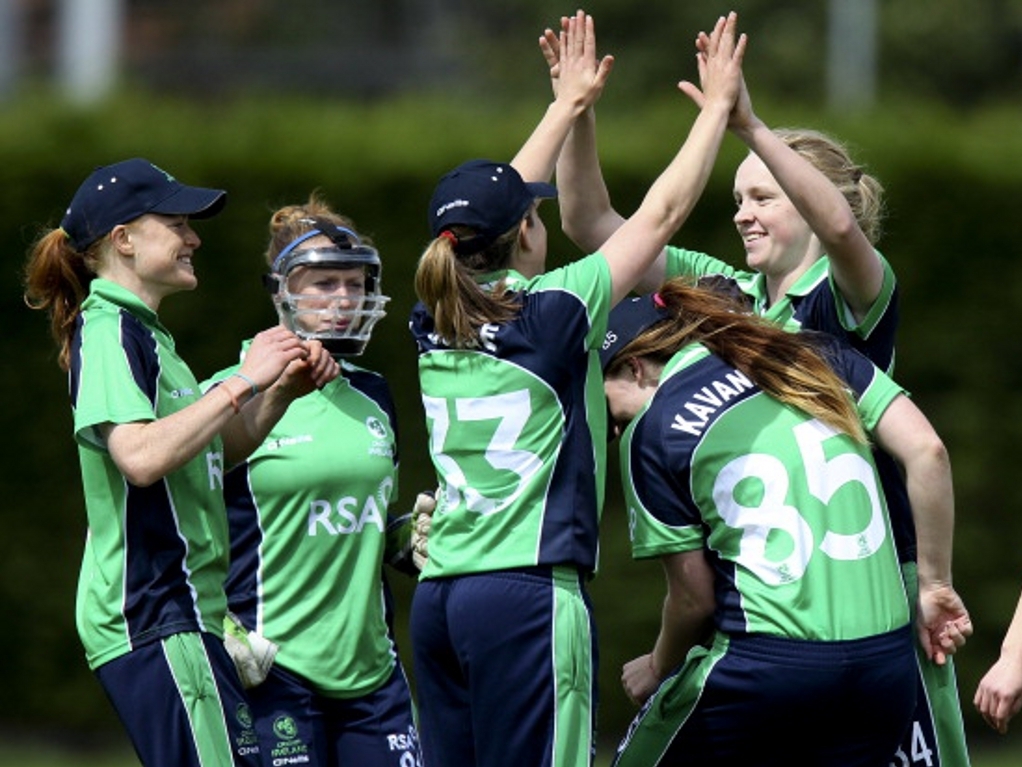 A batting collapse of epic proportions saw the Proteas suffer a 20-run loss to Ireland and draw the two-match women’s T20 series at the YMCA Cricket Club in Dublin on Wednesday.

The match saw an impressive fielding effort from both sides, yielding eight run outs in total, four from each innings.

No one in the South African camp could manage more than Trisha Chetty’s 28 off 40 deliveries in reply to Ireland’s 115/7 after they were put in to bat first. Captain, Dinesha Devnarain hit 15 from 18, Mignon du Preez 11 from nine and Suné Luus 10 at a run a ball to round up the visitors’ most notable contributions.

The Proteas were doing moderately well on 58/4 in the 13th over when they lost Chetty, but with the urgency to score runs growing they stumbled from 77/5 at 15.5 overs to 95 all out with three balls remaining in the match.

Kim Garth was the leading wicket taker with 2/12.

In comparison, Ireland got off to a strong start thanks to Claire Shillington (48) and Gaby Lewis’ (26) 78-run opening stand. After the dismissal of former, it was only Shauna Kavanagh (15) who made runs in the top order and later on, Garth added 13 off 15 balls to help their side to a hard-fought 115.

The visitors will switch gears and prepare for the four-match ODI series from 5-11 August.