Home Countries Australia Proteas get T20s off to a winning start

Proteas get T20s off to a winning start 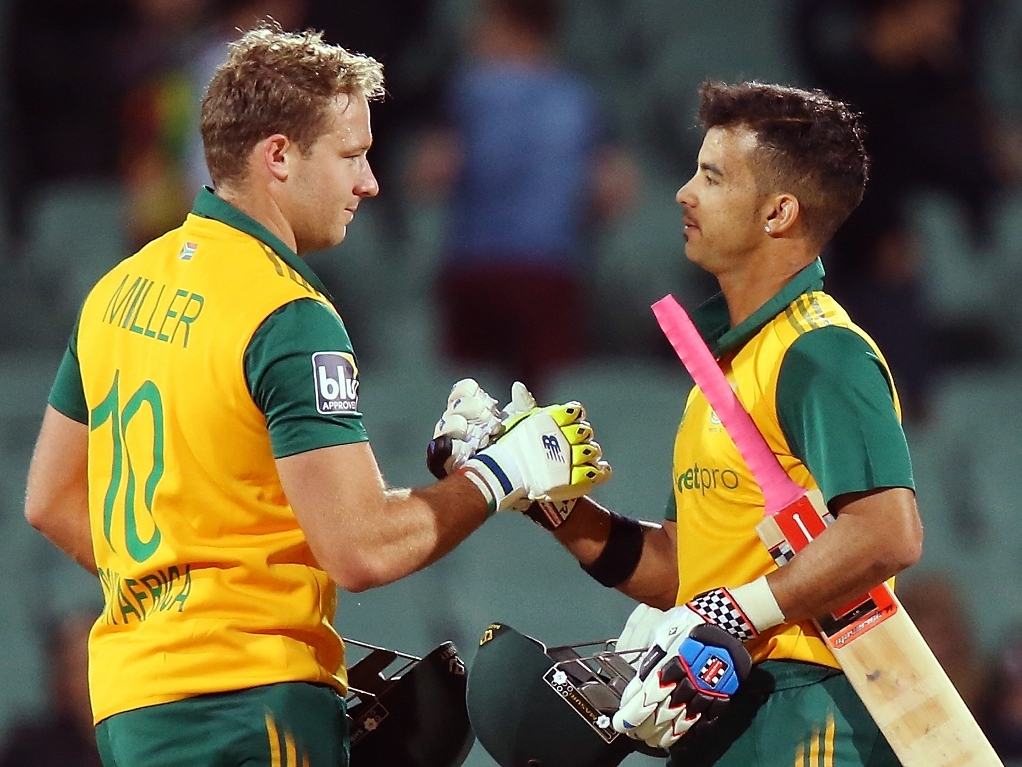 South Africa got their T20 series against Australia off to a winning start, securing the match in Adelaide by seven wickets thanks to impressive knocks from Rilee Rossouw and Quinton de Kock.

The second string sides were both a bit undercooked, but the Proteas were better at the crucuial moments. The Aussies posted 144 for six, and this was chased down with an over to spare.

The Aussies won the toss and opted to bat, handing debuts to Ben Dunk and Nathan Reardon, while JP Duminy led the Proteas for the first time, and Kagiso Rabada and Reeza Hendricks made debuts.

The Aussies opened with Aaron Finch and Cameron White, and Ryan McLaren struck early. He bagged Finch's wicket for 14, before Farhaan Behardien took a leaping catch to get rid of White, who had made 24.

Dunk failed on debut, out for just two, leaving the bulk of the run scoring to Shane Watson, who had returned from injury. His 47, and an unbeaten 41 from James Faulkner, ensured a somewhat decent score.

The Proteas chase was an easy one for the most part, though Hendricks' debut was a failure as he was out for a duck. This left De Kock and Rossouw, who needed a good score after poor knocks prior, to score the runs.

Rossouw's 78 came off just 50 balls and included three sixes. He was eventually out to Pat Cummins, also returned after two years of injuries. De Kock was out soon afterwards, for 46 to Cameron Boyce.

But the runs were already on the board, and skipper Duminy hit the winning run with an over to spare. The second T20 will be played in Melbourne on Friday.