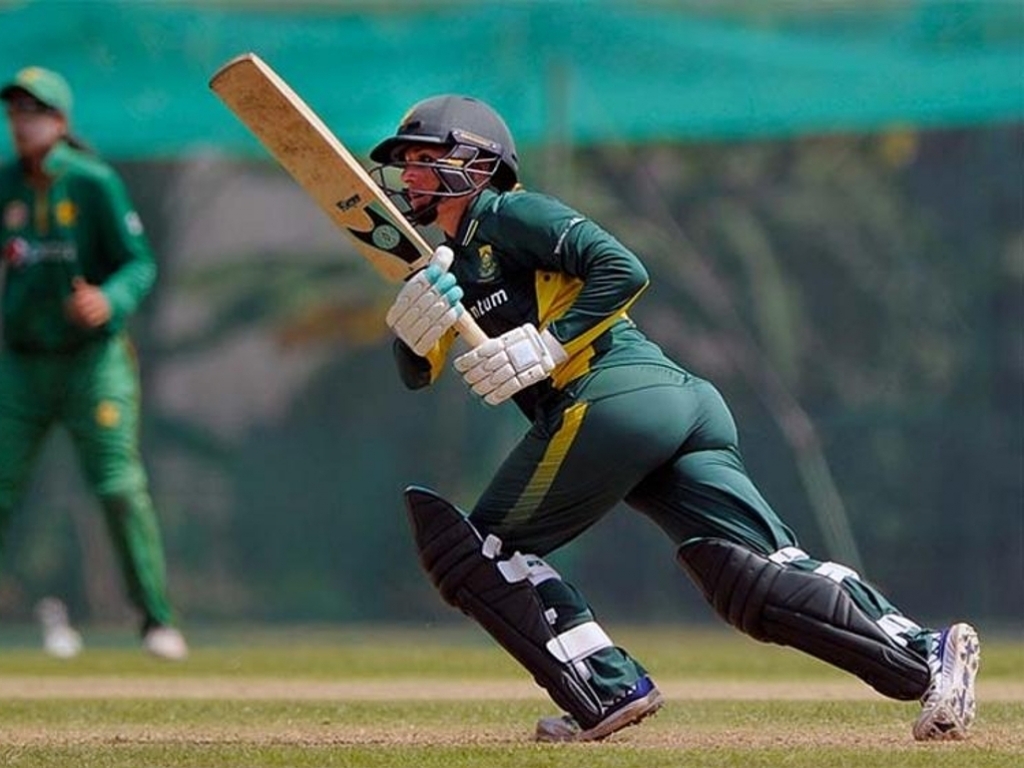 India and South Africa opened their campaigns in style at the ICC Women’s World Cup Qualifier 2017 which commenced in Colombo on Tuesday.

Left-hander Devika Vaidya top-scored with 89 to help India defeat Sri Lanka by 114 runs in a Group A match at the P. Sara Stadium while Chloe Tryon smashed a brisk 79 as South Africa scored a 63 runs victory over Pakistan in a Group B match at the Nondescripts Cricket Club.

In other matches, Ireland beat Zimbabwe by 119 runs and Bangladesh won by 118 runs against Papua New Guinea as teams embarked on their bids to qualify for the ICC Women’s World Cup 2017 and the ICC Women’s Championship. The 10-team tournament, which runs till 21 February, also offers ODI status for the next four years to all teams that make the Super Six stage.

As for India, it put behind its six-wicket loss to South Africa in a warm-up match, piling up runs after electing to bat on a good batting pitch. India started slowly to reach 11 for one in seven overs but the left-handed pair of Vaidya and opener Deepti Sharma (54) took control and put India on the road to a big score.

The two 19-year-olds added 123 runs for the second wicket, ‘player of the match’ Vaidya hitting 11 fours off 103 balls in only her second ODI and Sharma smashing four fours and one six off 96 balls. Captain Mithali Raj then played herself in and knocked up an unbeaten 70 off 62 deliveries for her 41st ODI fifty.

India skipper Mithali: “It’s always good to start with a win. We’d started slowly in the match but Devika and Deepti put up a useful partnership to help increase the run rate. It was a good pitch to bat on and we enjoyed batting out there.”

Sri Lanka could only score 145-8 in reply with Hasini Perera (34) and Chamari Athapaththu (30) the ones to get notable scores.

At NCC, Tryon smashed five fours and four sixes in a 75-ball knock to pull South Africa up from 118-5 in the 24th over. Mignon du Preez (40) was the second-highest scorer for the team while Pakistan’s 19-year-old left-arm spinner Nashra Sandhu grabbed 3-51 including Tryon’s wicket.

Chloe Tryon said after the game: “It’s never nice coming in that situation, but I had to put my head down and graft a bit. And I felt like I gave myself enough time. I was very patient and I felt like I was really calm. I knew towards the end that I could pick the run rate up.”

Pakistan captain Sana Mir: “Our team has gone through a major transformation and the young players have done well. I am overall happy with the way the team is shaping up. It was a match where we started off really well, but an excellent innings by Tryon saw South Africa through.”

In the other Group B match, opener Harmin Akhter (56) and Fargana Hoque (51) helped Bangladesh score 215-6 after which it bowled out Papua New Guinea for 97 in only 32.1 overs.

Ireland defeated Zimbabwe easily in Group A as all-rounder Kim Garth, who turned out for Sydney Sixes in this year’s Women’s Big Bash League, put in an all-round performance of 63 and 3-24.