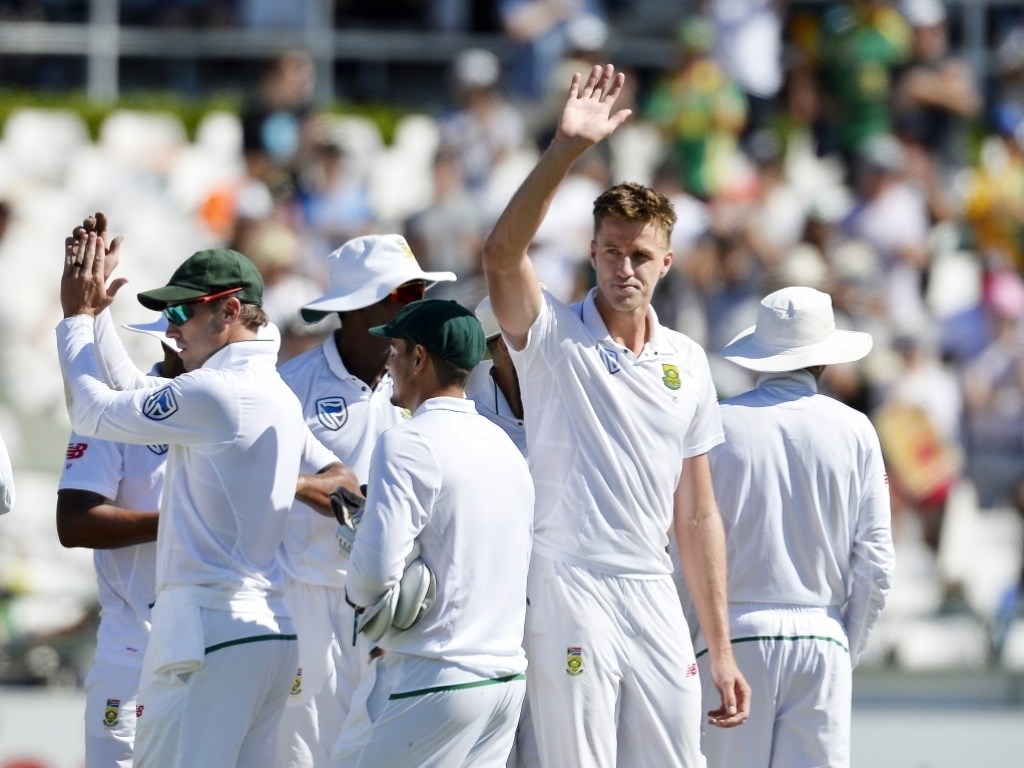 The Proteas took a signifcant step towards winning the third Test at Newlands on a day that Morne Morkel reached the milestone of 300 wickets in the longest format.

After making their way to 311, the home side’s seam bowlers got into their work as Australia were reduced to 245/9 at stumps on day two, the hosts having a lead of 66.

David Warner made his way to a quick-fire 30 off 14 balls but then had his off-stump sent tumbling by Kagiso Rabada.

Morkel, who came into the Test on 297 wickets, had Usman Khawaja (5) caught at fine-leg five minutes before the lunch break.

After the break, Morkel struck again, this time getting the big wicket of Aussie captain Steve Smith (5) as the visitors were 72/3 at that stage.

Opener Cameron Bancroft was steady at the other end, going to his fifty off 59 balls as he and Shaun Marsh added 78 for the fourth wicket.

At 150/3 Australia were looking comfortable until Morkel’s milestone moment when he marsh caught by wicketkeeper Quinton de Kock for 26.

It was evident that the landmark wicket meant a lot to the lanky paceman, who will be retiring at the end of the series as he pointed towards his family in the suites.

Just before tea, Vernon Philander got into the action with an inswinger that trapped Bancroft (73) plumb in front as the Australia went into the break on 150/5.

After the interval, Philander got rid of Mitch Marsh (5) before Rabada took care of Pat Cummins (4) and Mitchell Starc (20) cheaply.

At 175/8 it looked like the Proteas were going to have a significant lead after the first innings but tail-ender Nathan Lyon had other ideas.

The number 10 batsman smashed a 47 in just 38 balls, including eight fours, and shared in a vital partnership of 66 with Tim Paine.

Morkel eventually broke the frustrating stand before Paine (33 not out) and Josh Hazlewood (1 not out) saw out the day that was cut short because of bad light.

Earlier, Dean Elgar carried his bat as the Proteas added 45 valuable runs to their overnight score of 266/8.

Elgar finished on a brilliant unbeaten 141 with Rabada (22) and Morkel (4) the wickets to fall in the morning, both to spinner Lyon.