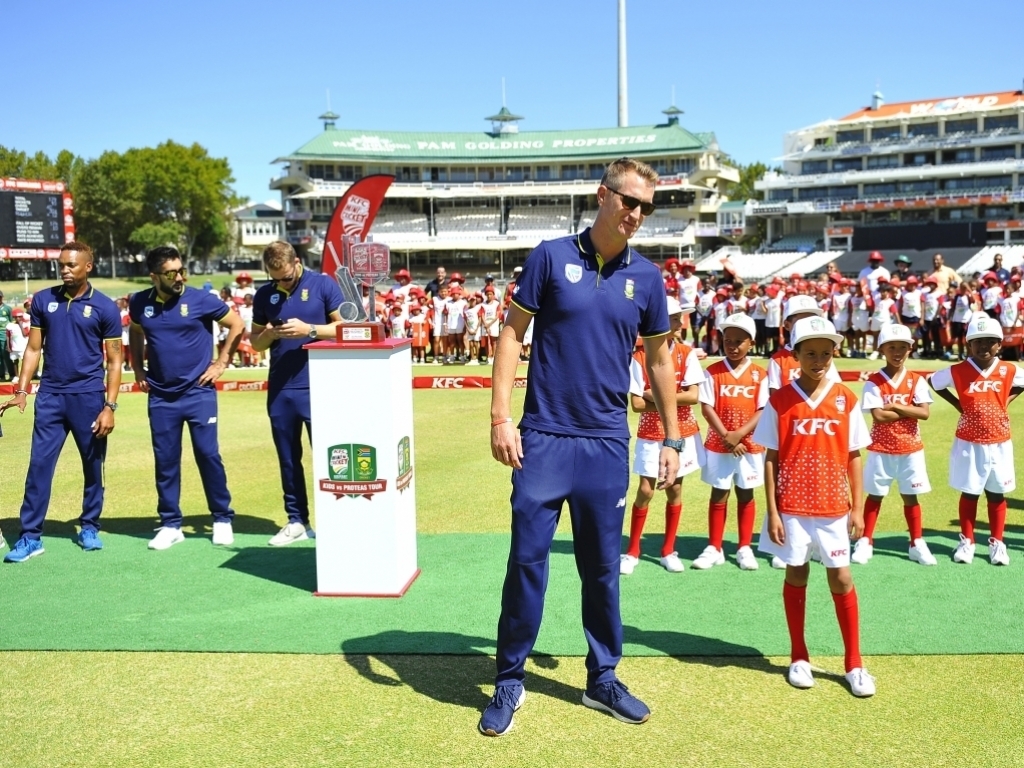 The Proteas stayed on the winning trail when they beat St Andrews Primary School by one run in the second KFC mini-cricket encounter at Newlands on Thursday.

After beating India in the second T20I in Centurion on Wednesday, the Proteas won an action-packed match in Cape Town that went down to the last ball.

The atmosphere at one of the most beautiful venues in the world was amazing as plenty of children and a brass band kept the fans entertained.

Coached by former Proteas captain Graeme Smith, the primary school from Saldanha in the Western Cape put in sterling effort with the ball after electing to bowl first, limiting the international stars to 52 in their eight overs. 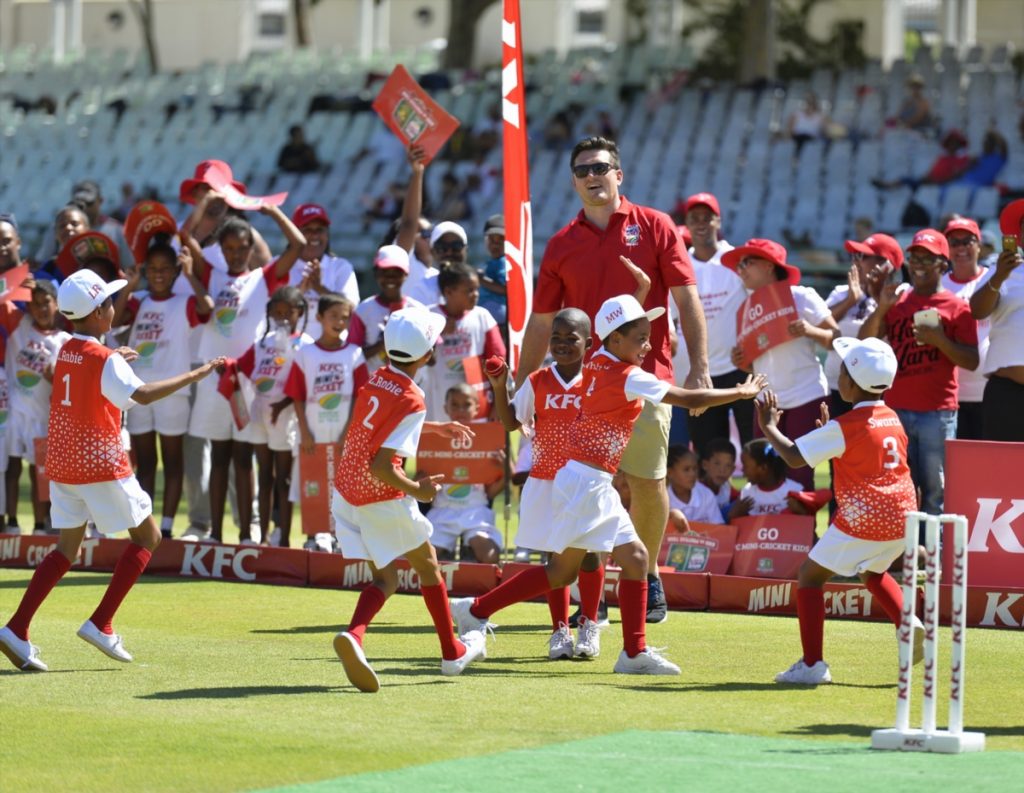 Nasji Eksteen was the star in the field for St Andrews with outstanding bowling of figures of 2/5.

After putting up a fabulous effort with the bat, the school kids fell just short, with disappointment etched on the faces after the final ball was bowled but it was a fun-filled where they got to meet their heroes.

The three-match KFC mini-cricket series now sits one-all after Abinala primary school got one over the international side on Monday in Vosloroos.

The third and deciding game of the series on the KFC Proteas tour will take place next month.

Proteas batsman Behardien said after the game: “We had a great day at PPC Newlands Cricket Ground with the KFC Mini-Cricket Kids today.

“The match was very close, but we’re relived to have won the match and still have the chance to take the series.

“We look forward to taking on the next KFC Mini-Cricket team in the season decider match.” 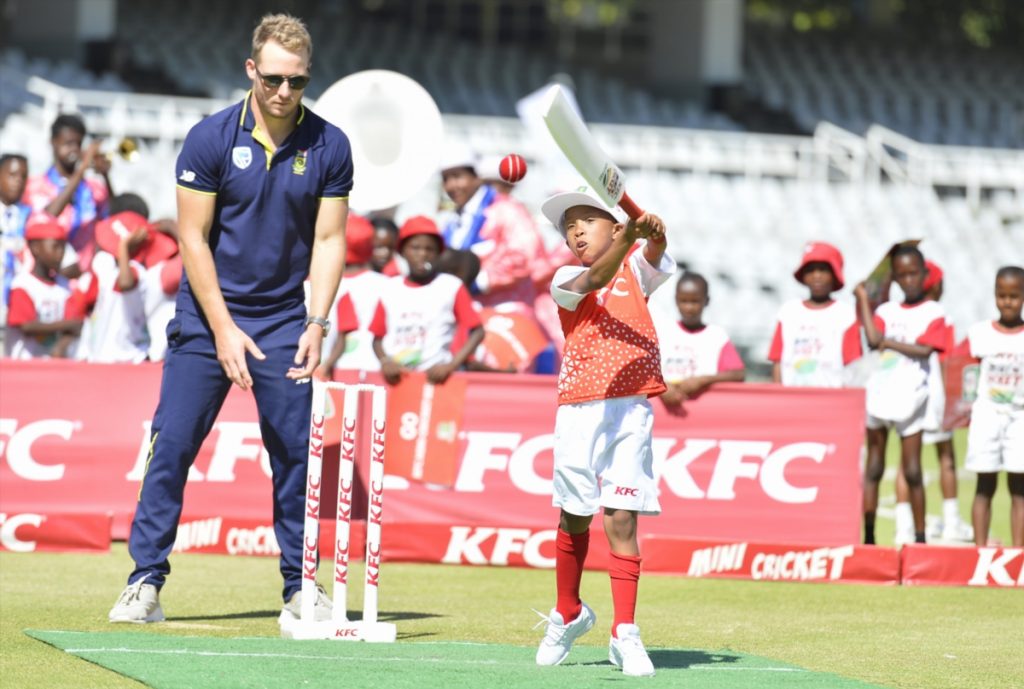 Smith commented: “Today was another amazing match in the KFC Mini-Cricket Kids vs Proteas Tour.

“There was so much energy on the field and the kids had a lot of support from all the other schools in attendance.

“It’s great to watch the kids play against their heroes. Congratulations to the Proteas for winning today. They were outstanding and brought great spirit to the game.

“They really make playing cricket exciting for the kids.”