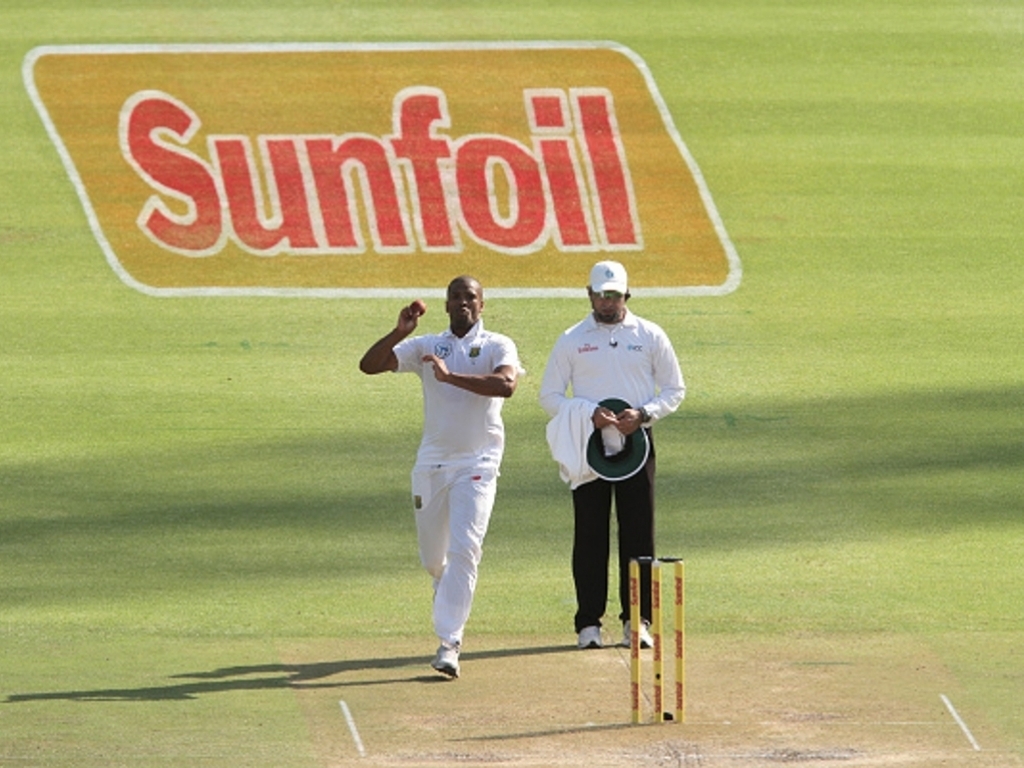 The Proteas held on to their advantage in the third Test against Sri Lanka, despite a batting collapse that saw them slip to 426 all out, as they reduced the tourists to 80/4 at stumps.

South Africa could only add 89 runs to their overnight total for the loss of seven wickets with the bulk of the runs coming from a stand between Wayne Parnell (23) and Quinton de Kock (34).

Hashim Amla was dismissed having moved from 125 to 134 and seeing Duanne Olivier (3), Faf du Plessis (16) and Temba Bavuma (0) depart at the other end with Nuwan Pradeep the destroyer-in-chief.

The wicket quickened up considerably and Lahiru Kumara also got among the wickets he would end with figures of 4 for 103 while Pradeep returned 4 for 78.

Sri Lanka’s batsmen would likely have been dreading the prospect of facing the all pace attack of the Proteas and it didn’t take long for them to lose a wicket.

Without a run on the board Philander had Dimuth Karunaratne caught behind by de Kock and the writing was on the wall.

Kusal Mendis and Kaushal Silva (13) would add 47 for the second wicket before a well directed ball from Kagiso Rabada just back of a length took the edge of the latter’s bat.

Olivier may have had his first Test wicket but he grassed a chance off his own bowling after squaring up Mendis who was on 41 with Sri Lanka 55 for 2.

Mendis wouldn’t add to his score though as Rabada fired a vicious short ball at him that he could only fend into the slip corden.

Philander returned to get the wicket of Dhananjaya de Silva (10) who got a thick edge that wa well take by Bavuma at point.

Angelo Mathews and Dinesh Chandima looked unsettled and were very nearly involved in a run out but would make their way to 80 before the light deteriorated and play was called off with a storm moving in.