Proteas pace too hot for India 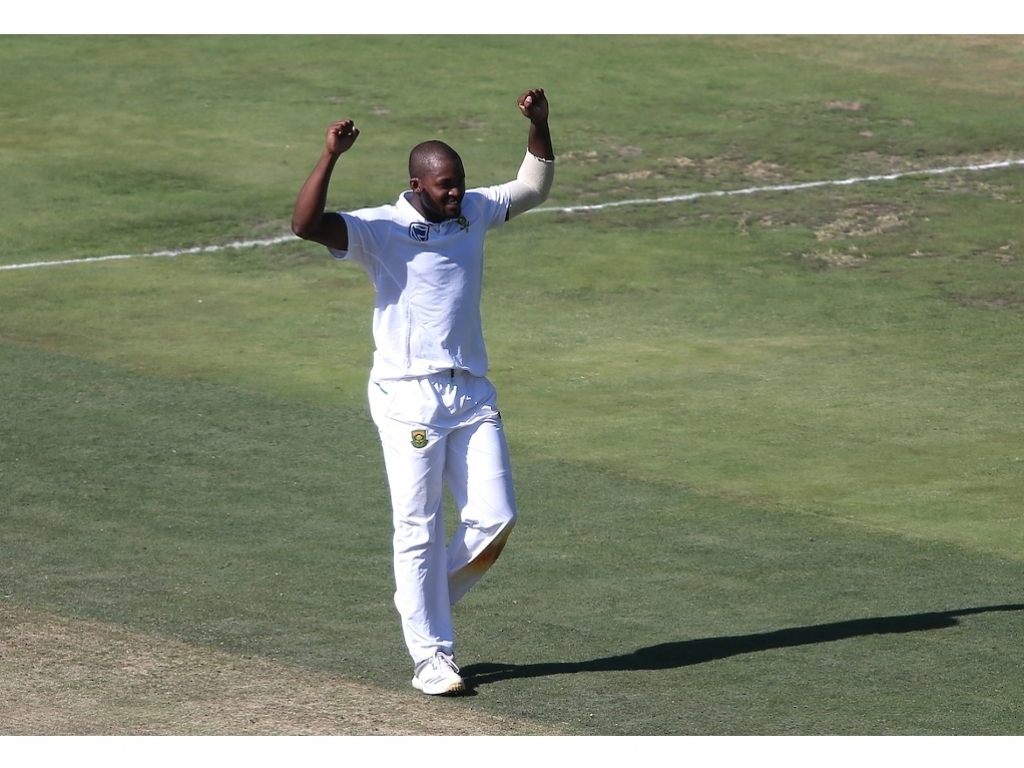 The Proteas five man pace attack dealt with India’s batting lineup in short order after the tourists won the toss and elected to bat.

While Virat Kohli and Cheteshwar Pujara were able to grind India out of an early wobble when they departed India fell to pieces and were 187 all out.

The Wanderer’s pitch had a green tinge to it and the skies were overcast but Kohli decided that he wanted to bat.

Faf du Plessis revealed that he would have bowled anyway had he won the toss, both captains revealed five man pace attacks at the toss with Ravichandran Ashwin making way for Bhuvneshwar Kumar.

Vernon Philander looked dangerous from the first ball he bowled and celebrated his fiftieth Test with the first wicket of the match when Lokesh Rahul (0) inside edged him through to Quinton de Kock.

Along with @7polly7, @VDP_24 is the only other South African to have scored 1000+ runs and taken over 175 wickets in his first 50 test matches. pic.twitter.com/wMuDfsY0AD

Murali Vijay showed a criminal lack of restraint as he chased a wide one from Kagiso Rabada to nick off for 8 leaving India 13 for 2.

That brought together the pair of Kohli and Pujara who would show a lot more restraint.

Pujara took 54 balls to get off the mark just two short of an Indian record.

Kohli was given two lives during his innings being dropped by Philander on 11 and AB de Villiers on 32.

Pujara himself was the beneficiary of some good luck when he was adjudged not to be leg before to Lungi Ngidi early on with South Africa opting not to review though replays showed the decision would have been overturned.

Kohli OUT!
Ngidi gets the vital wicket of Virat Kohli as he's caught behind by de Villiers.
India are 100/3 after 47 overs.
Watch LIVE on SS2#SAvIND pic.twitter.com/2qKYPsgjYP

Ngidi found a way through eventually though getting Kohli to nick off for 54 just before tea to turn the day in the Proteas favour.

Pujara picked up his pace after the departure of Kohli despite losing Ajinkya Rahane (3) early and would help move India to 144 with Parthiv Patel.

Once their though things fell to pieces for India with Pujara (50) trying to leave a delivery that jagged back off the seam from Andile Phehlukwayo and took the edge through to De Kock.

Without adding to the score Parthiv (2) tried to cut Morne Morkel from around the wicket and came up seriously short beginning a trend of agricultural dismissals.

Three quick-fire wickets by the Proteas 🔥🔥🔥
India are 150/7 after 64 overs.
Coverage continues LIVE on SS2.#SAvIND pic.twitter.com/dSQUImAGW5

Hardik Pandya (0) was the third man to fall on 144 as he tried to heave Phehlukwayo to leg but succeeded only in sending the ball straight up.

A Bhuvneshwar (30) cameo helped India add another 43 runs to the total.

Rabada was the pick of the bowlers with figures of 3 for 39 but each of the five played a part and picked up wickets.

South Africa had to navigate a tricky 6 overs at the end of the day and lost Aiden Markram (2) to a jaffer from Bhuvneshwar.

Nightwatchman Rabada (0*) and Dean Elgar would close out the day without further loss to leave the hosts 6 for 1 at stumps.