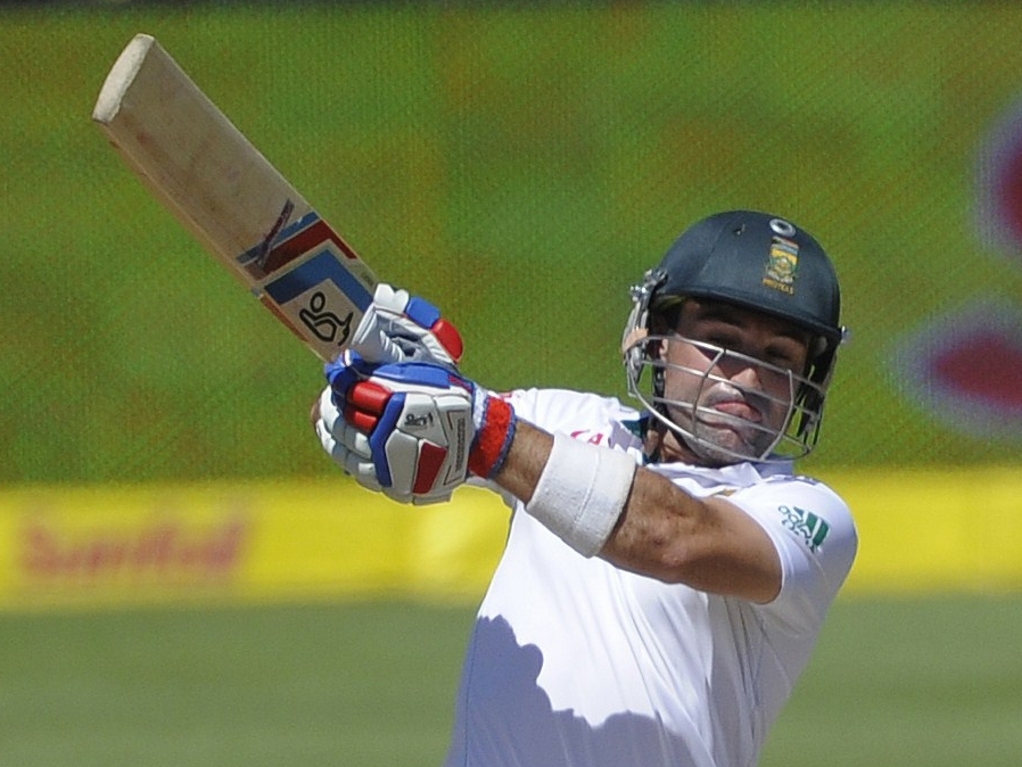 South Africa didn't have much trouble in knocking off the requisite 124 fourth innings runs in the third Test to claim an eight wicket victory and 2-0 series win over the hapless West Indies.

They started the final day on 9 for one and wrapped the match up before the lunch break in front of about 4000 relaxed spectators on a sunny Tuesday.

Day five was quiet when compared to a terrifically tense fourth day where rain and then a big partnership between Marlon Samuels and Shiv Chanderpaul threatened to deny the home side what had been assumed an inevitable victory.

Monday’s mammoth four-hour session see-sawed agitatedly until the collapse-inducing combination of a deadly accurate Dale Steyn employing reverse swing at its most skilful and the West Indies losing their heads as only they can, resulted in an embarrassing collapse of 7/33.

These figures completed the stat that the visiting side suffered a major collapse in every one of their six innings this series.

Dean Elgar (60) led the chase confidently where he enjoyed pulling the ball smartly through midwicket from outside the off stump and in doing so probably guaranteed himself an opening berth in this batting lineup for a little while to come.

By contrast, Alviro Peterson (0) failed to trouble the scorers in the second innings. Hashim Amla (38) was chanceless as he cut Samuels hard for four to hit the winning runs and maintain his undefeated Test captaincy record.

The West Indies bowling offered little threat on a pitch that did slightly less than it was expected to. One thing the good batting wicket did do was guarantee a sold-out crowd for the first three days of the match, which has not always been the case at a ground where the Proteas have been known to bowl their opposition out for double figures.

West Indies skipper Denesh Ramdin summarised the series by saying, "There are some positives to be taken from it all but South Africa were consistent and professional and bowled very few loose balls.

"Our batsmen often got in but didn't push on to make big scores and the collapses didn't help either. We need to be more consistent and take ownership of our game."

Amla noted that he was very positive about debutants van Zyl, Bavuma and Harmer and agreed that the match was won yesterday by Dale Steyn. He told the media after the match, "Yesterday we opened up an end and with the type of attack we do have, we knew we could run through them.

"The wicket deteriorated more than usual at Newlands and we knew that a target of 220 or more would be challenging.

"After six Tests I am learning more about captaincy and I have been very fortunate. Sri Lanka was a highlight because we weren't expected to win there. It has been great to be number one but its not just about that.

"It will take us time to find the right guys to be at the top for a long time and that’s the primary objective."

And so ended the highlight of the South African cricket calendar, the New Year’s Test at the scenic Newlands cricket ground. The Proteas first Test of the year will also be their last until mid-July when they will contest two rubbers in Bangladesh.

The focus now shifts to the shorter formats in preparation for the World Cup, which is a little over a month away. Of course the IPL clogs up the program thereafter. In 360 more days the Barmy Army will be clogging up the Newlands stands as Proteas will host England.