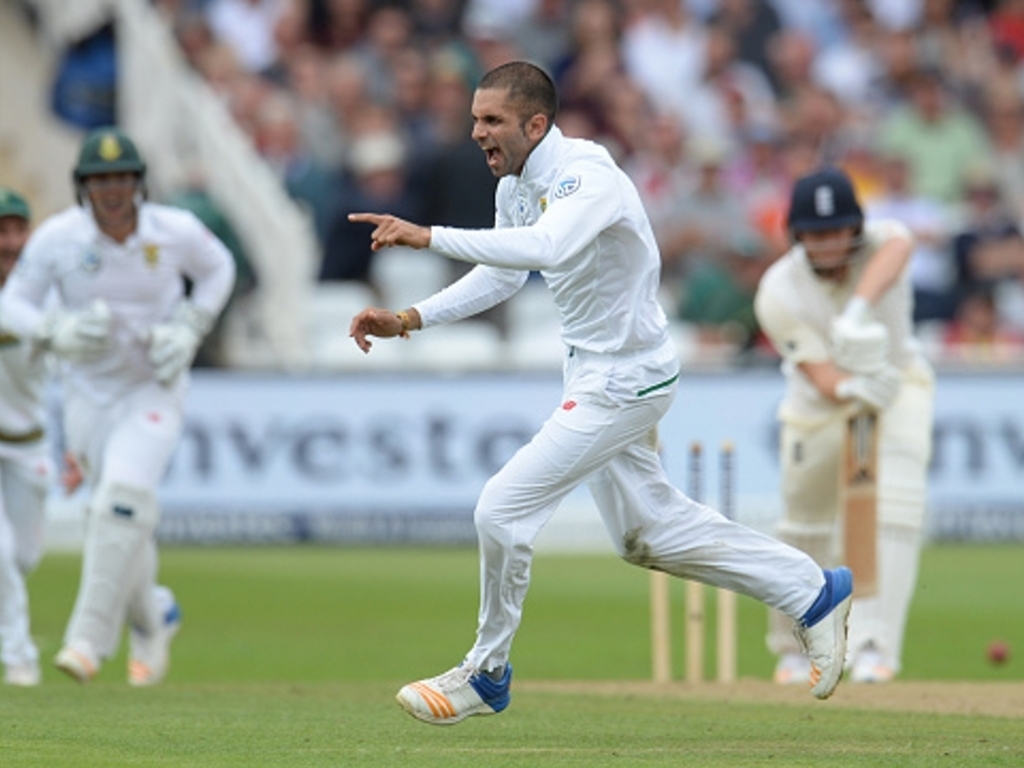 South Africa reached 75/1 by stumps on day two having bowled England out for 205 on a day that saw wickets tumble and the Proteas establish a 205 run lead.

James Anderson ran through the South African tail as England allowed the Proteas to add just 26 runs to their overnight total.

Anderson finished with figures of 5 for 72 cleaning up the tail accounting for Vernon Philander (54), Keshav Maharaj (0), Morne Morkel (8) and Chris Morris (36).

The Proteas opening bowlers got an early double strike as Alastair Cook (3) and Keaton Jennings (0) nicked off to Philander and Morkel respectively.

What followed was a period of extremely loose bowling that allowed Joe Root (78) and Gary Ballance to plunder runs with ease going into lunch at 85/2 off just 17 overs.

After the break South Africa bowled better and soon had Ballance back in the hut as the left-hander, stuck on the crease, chopped Philander on to leave England 86 for 3.

Root and Jonny Bairstow would add 57 before the skipper flapped at a ball from Morkel that shaped away taking the edge through to Quinton de Kock.

Ben Stokes spent a tortured 37 minutes at the crease without scoring before he was caught on the rebound by De Kock of the bowling of Maharaj.

Maharaj produced a sublime piece of bowling to account for Bairstow (45) to ensure the rot set in at 177 for 6.

Moeen Ali (18) fell into a trap laid by Proteas skipper Faf du Plessis, peppered with short stuff, the left-hander played an off-balance drive straight to the South African captain at point to give Morris the first of his three wickets.

The next ball Morris launched into a massive appeal after striking Stuart Broad on the pads, the umpires were unmoved but South Africa reviewed and had the decision overturned.

Liam Dawson used a review to earn a reprieve after being given out off one he got nowhere near but he couldn’t stick it out, playing the worst shot of the day to spoon a simple catch up to Hashim Amla off Maharaj.

Morris rounded things off when he had Wood fending a vicious ball straight to second slip.