Home News Proteas sign off at World T20 with victory 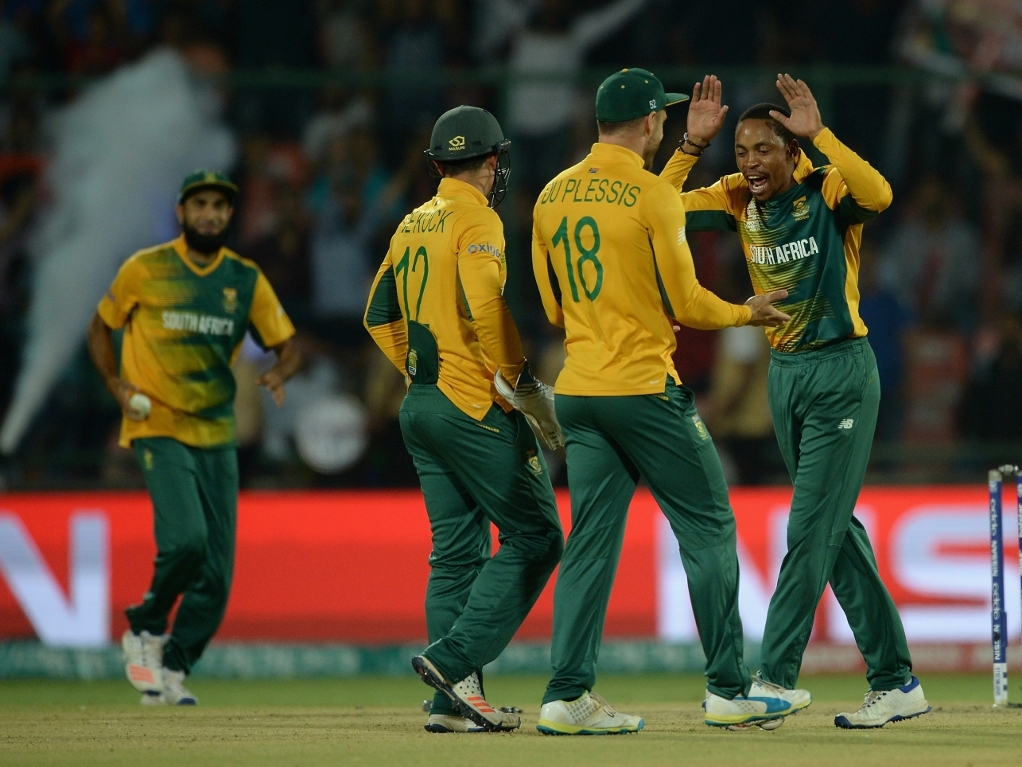 South Africa signed off a disappointing World T20 campaign with a comfortable eight-wicket victory over Sri Lanka in Delhi on Monday.

The Proteas restricted Sri Lanka to a modest total of 120 all out after Faf du Plessis had won the toss and sent the Asian side in to bat on a slow pitch at the Feroz Shah Kotla Stadium.

Hashim Amla then hit an unbeaten 56 while AB de Villiers scored 20 not out as South Africa cruised to their target with 14 balls to spare.

But it was really the Proteas' slow bowlers that won them the game as spinners Imran Tahir and Aaron Phangiso spun a web around the Sri Lanka batsmen.

The legspinner Tahir only picked up one wicket but he only went for 18 runs in his four overs and created the pressure that led to wickets falling at the other end.

Phangiso continues to impress after being ignored for the first two games of the tournament, the left-arm tweaker followed up his encouraging display against the West Indies with figures of two for 26 in his four overs.

The Proteas ended third in Group one of the Super 10s, behind the Windies and England who have qualified for the semifinals, while Sri Lanka gave a rather weak defence of the trophy they won in 2014 ending only ahead of Afghanistan.