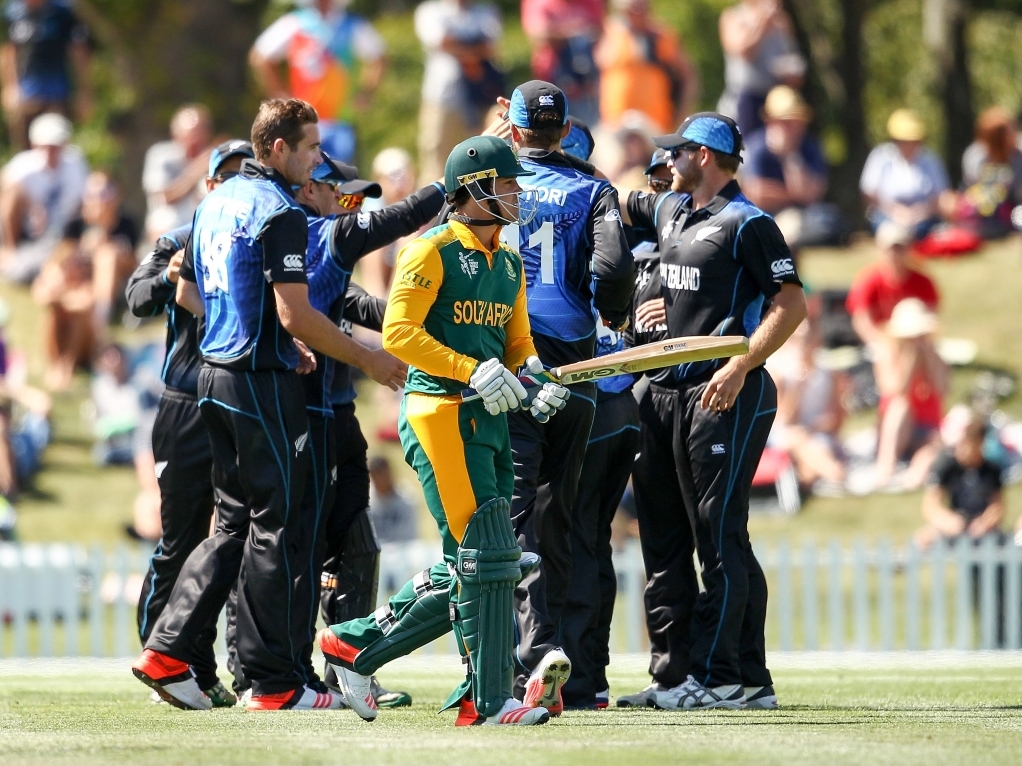 South Afica slumped to a hefty 134-run defeat at the hands of New Zealand, despite fine half-centuries from all-rounders JP Duminy and Vernon Philander – in Wednesday's World Cup warm-up fixture at the Hagley Oval in Christchurch.

The tournament proper come soon enough for the Proteas, judging by their off-colour performance. The hosts compiled an impressive total of 331 for eight before running through the opposition top order, who were 62 for six midway through the 14th over.

Fast bowler Trent Boult, who finished with great figures of five for 51, did most of the damage – before Duminy (80) and Philander (57) brought some respectability to proceedings with a seventh-wicket stand of 121. The tourists' final total of 197 all out in less than 45 overs was still a poor effort.

The New Zealand innings was a consistent one in which virtually every player – plus the extras column – reached double figures without anybody going on to play a big innings. There were, in fact, only two half-centuries – from Brendon McCullum and Kane Williamson.

Philander, Kyle Abbott and Wayne Parnell took two wickets each. The Proteas rested Hashim Amla and Dale Steyn, while AB de Villiers returned to lead the side. Farhaan Behardien was not able to bat or bowl because of a back injury.