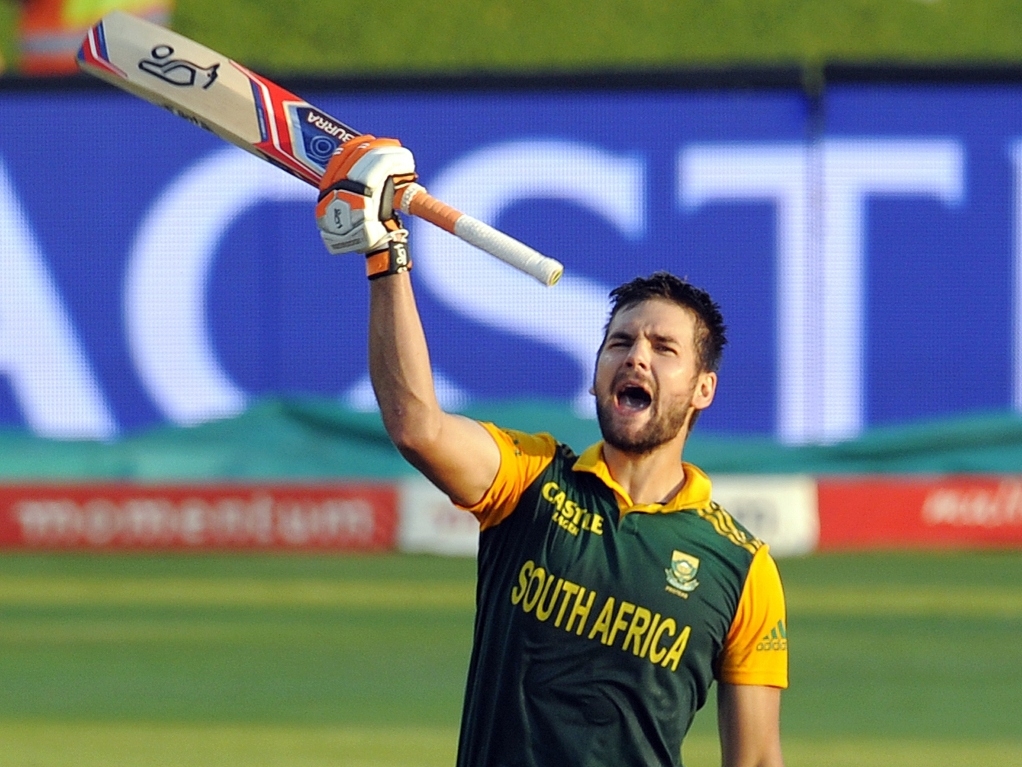 South Africa ensured they'd get on he plane to the World Cup in the Antipodes with a winning mentality, as they won the final ODI against the West Indies by 131 runs in Centurion on Wednesday.

The game was reduced to 42 overs per side thanks to early rain, but this didn't prevent the hosts from success as they put on 361 for five thanks to centuries from Rilee Rossouw and Hashim Amla.

The Windies were then only able to make 230 all out, with Wayne Parnell taking four wickets, though the hosts putting on a tight all-round bowling performance in the absence of their star pace trio.

After a delay of about two hours, the Windies won the toss and chose to field, thinking the still-overcast conditions would help their bowlers. Initially this looked to be true, as Quinton de Kock fell for four.

The opener, just back from injury, made way for Rossouw, who had been opening with Amla for much of the series. The pair had put on a record stand at the Wanderers, and it soon became clear they planned on doing so again.

Amla's first fifty came at a good but not astonishing pace, off 49 balls, while Rossouw's half ton was 11 balls slower. They went at nearly six to the over initially, before accelerating dramatically in the second thirds of their knocks.

Amla added his next fifty off just 41 balls, while Rossouw's came off just 23 deliveries. It was a poor bowling display though, as the Windies bowled either half volleys or short, wide balls that Amla in particular punished.

This left David Miller, who added 23, and JP Duminy, to add some final runs. Duminy made his 18 not out off just seven balls, and the Windies were left with a target they'd have a tough time chasing at the best of times.

This was hampered by the loss of Chris Gayle off the first ball of the innings. He took a swing at a wider Kyle Abbott delivery and the umpire said not out, calling it a wide. But they reviewed it, and the technology showed he had nicked it.

Narsingh Deonarine joined Dwayne Smith in the middle and they didn’t appear to be in any rush to score the runs, an odd approach given they had nothing to lose. They put on 77 runs over the next 12 overs, before Smith was trapped in front by Aaron Phangiso.

Deonarine was run out on 43 soon afterwards, bringing Marlon Samuels and Denesh Ramdin together. For two explosive batsmen, they struggled to get the ball away and the run rate dropped to just above four, while the required rate climbed over 11.

The pair put on a 91-run stand, with Samuels reaching his half century, but they never threatened an actual chase and Samuels was out for 50 on the dot, bowled by Abbott.

Soon afterwards, Parnell silenced a few critics with four wickets in two overs. He removed Ramdin and Jonathan Carter in one over, and Andre Russell and Jason Holder in his next, ripping the heart out of the middle order.

The game was wrapped up after being dragged out slowly, when Behardien's slower ball deceived Darren Sammy and hit the wickets. The Proteas thus claimed the series four-one.