Home Countries India Pujara back with a bang to rescue India

Pujara back with a bang to rescue India 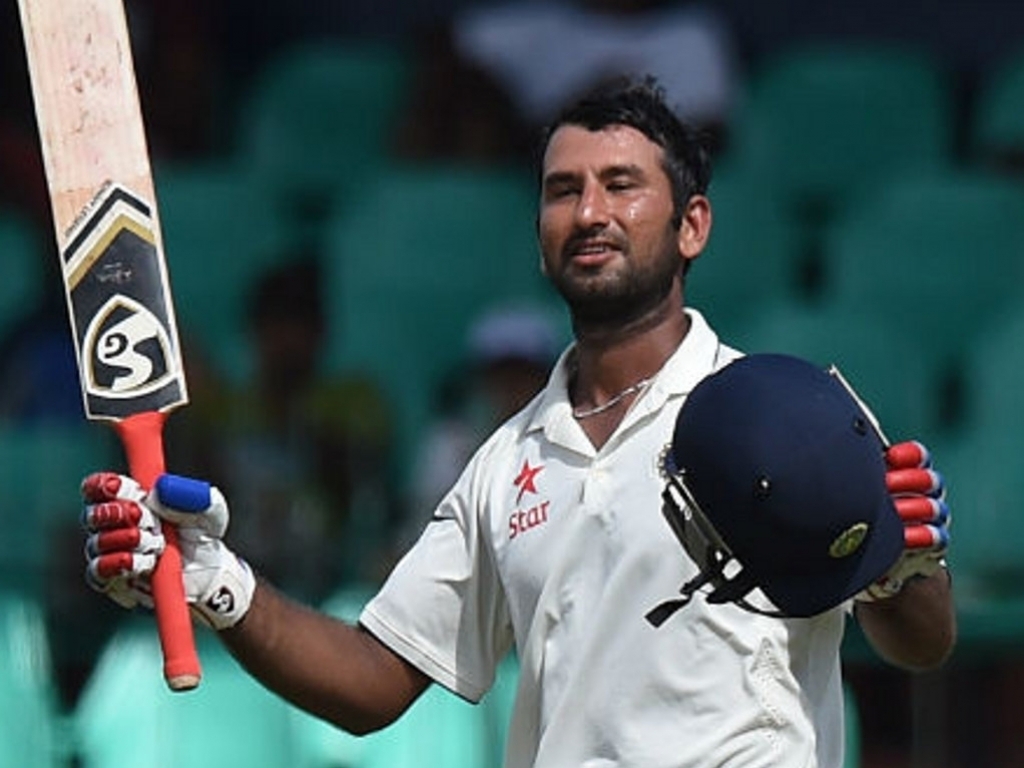 An unbeaten century from India opener Cheteshwar Pujara was India's saving grace on day two of the third and final Test against Sri Lanka, as he led the side to 292 for eight before the rain arrived.

Pujara, back in the side in place of injured Murali Vijay, had been out of nick for a while, but made his return count as he scored 135 not out, saving the knock alongside Amit Mishra, who had made 59.

The day began with India on 50 for two, with day one seeing only 15 overs bowled before rain ruined things. Day two was much better in that regard, but India's top order made Pujara's life difficult.

Virat Kohli was only able to add four runs to his overnight score before he was removed by Angelo Mathews for 18. Rohit Sharma then stuck with Pujara for a while, making 26, before he became Dhammika Prasad's second wicket.

The paceman then added Stuart Binny to his tally next ball for a golden duck, but was unable to complete the hat-trick. Naman Ojha, on debut, made 21 as Pujara kept steady at the other end.

Their stand was ended with the score on 173 when Ojha was caught by Upul Tharanga off Tharindu Kaushal's spin bowling. Ravi Ashwin then added just five to the score before Prasad claimed him as well.

It was then that Pujara and Mishra joined forces to frustrated the home bowlers no end. They put on a stand of 104 across 27 overs, with Mishra, who has a first class double ton, showing his value as an all-rounder.

Pujara brought up his ton off 219 balls, before tea, and it was his seventh Test ton. He is one of a small group of batsmen to have more Test tons than half centuries (he has six of those).

Amit was scuppered late in the day though, stumped off Rangana Herath's bowling for 59. Ishant Sharma and Pujara continued on until the rain became too much to ignore and the umpires stopped play.