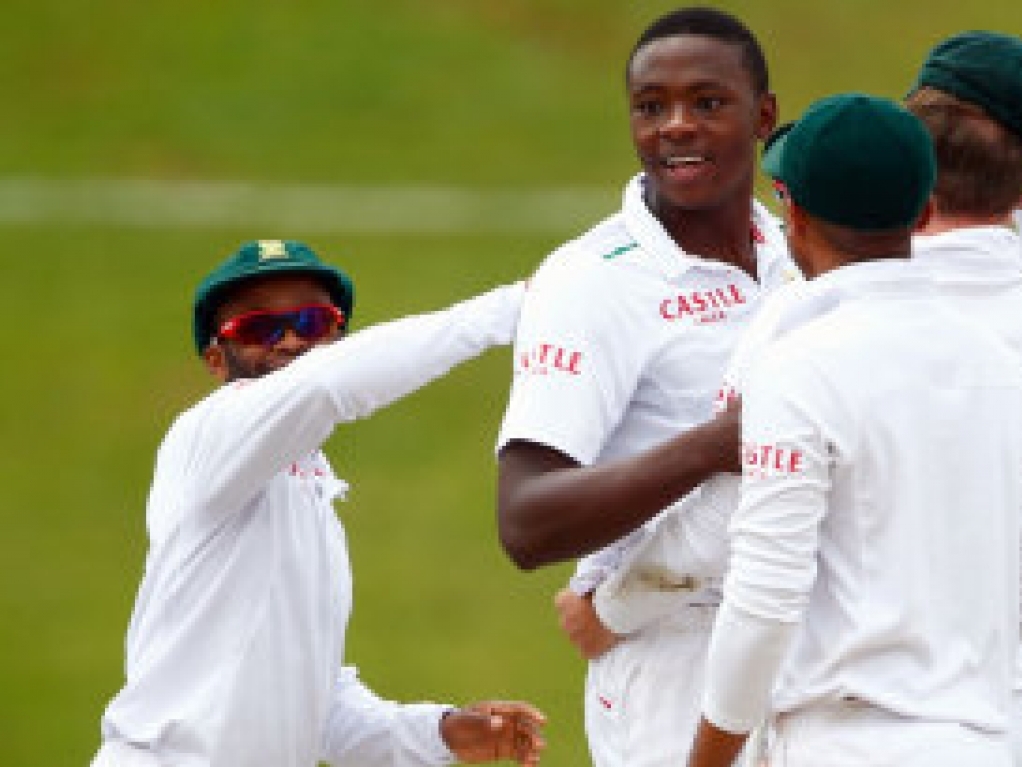 South Africa took just 67 minutes on the final day to capture the seven remaining England wickets they required to wrap up the fourth and final Test in Centurion on Tuesday.

The tourists resumed the day on 52 for three, still requiring another 330 runs to win, with Joe Root and James Taylor at the crease.

The Three Lions never got out of the blocks though and were in trouble early on when Morne Morkel had Taylor caught behind off a delivery that rose sharply from a surface with variable bounce.

The offspinner, Dane Piedt, got Root to edge to Dean Elgar at first slip as the visitors clearly were not at the ground to bat the day out and settle for the draw.

Then it was the turn of South Africa's new bowling sensation Kagiso Rabada to demonstrate just why there is so much hype around him as he saw the Proteas to victory.

Rabada claimed the scalps of Jonny Bairstow, Chris Woakes, Stuart Broad, and James Anderson to add to his two wickets last evening to finish with figures of six for 32 in 10 overs.

The 20 year-old took seven in the first innings to finish with a match-haul of 13 for 144, which is the second best match figures in South Africa's Test history.

England capitulated to 101 all out in 34.4 overs, South Africa winning the game by a comfortable margin of 280 runs.

Although the Proteas lost the four-match series two-one, they would take heart that they won their first Test match in more than year, and it was AB de Villiers' first Test  victory as captain.