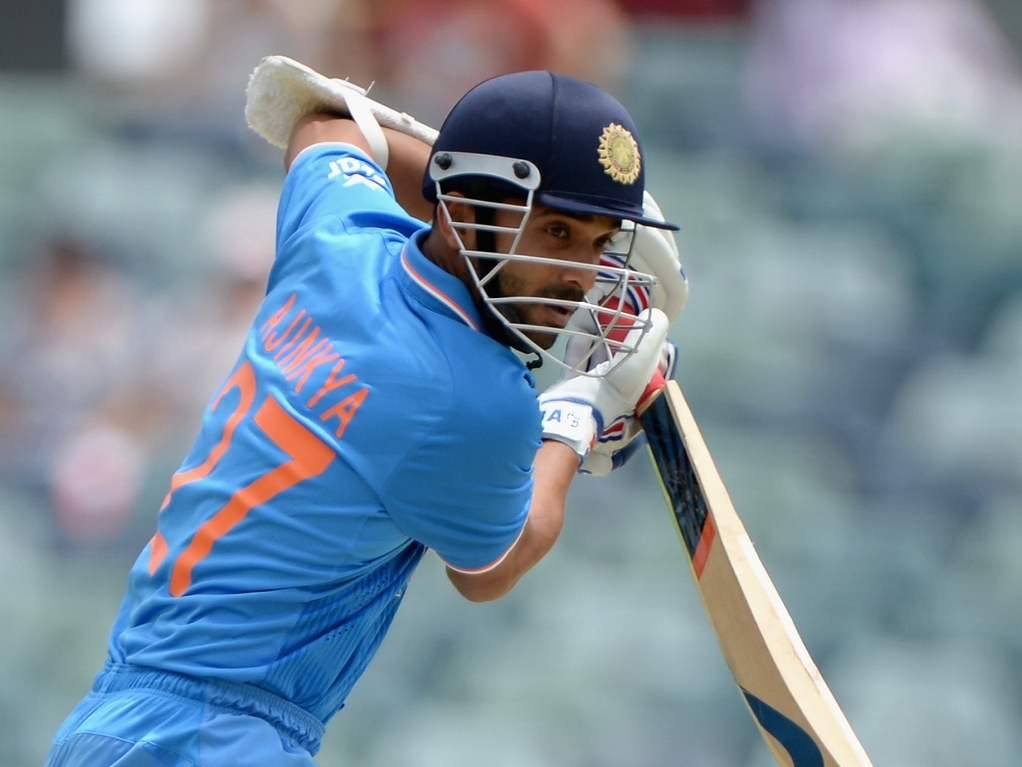 India coasted to an easy 62-run over Zimbabwe thanks to half-centuries from skipper Ajinkya Rahane and Murali Vijay while seamer Bhuvneshwar Kumar took a four-wicket haul.

After Zimbabawe captain Elton Chigumbura won the toss and chose to field at the Harare Sports Club, India posted a competitive score of 271 for eight in their 50 overs.

Openers Rahane and Vijay put on 112 for the first wicket in just more than 25 overs in what was a steady rather than a fast start.

Rahane was the first wicket to fall, for 63, to medium-pacer Chamu Chibhabha while Vijay was out not long after, to the bowling of Neville Madziva, for 71.

After the openers went there were no other major contributions from the rest of the order as wickets fell at regular intervals. Ambati Rayudu (41), Manoj Tiwary (22) and Stuart Binny (25) were the other notable scorers in the India innings.

Right-arm seamer Madziva finished with career-best figures of four for 49 in his 10 overs while four other bowlers took one wicket each.

In the homeside's run-chase, opener Chibhabha was the only batsman to show any resistance , with 72, but it was not enough as Kumar bowled accurately for the visitors and snaffled up four scalps.

The next best score for the hosts came from Richmond Mutumbami batting at number seven, with 32, as Zimbabwe folded to 209 all out to hand India and easy win and go two-nil up in the five-match series.