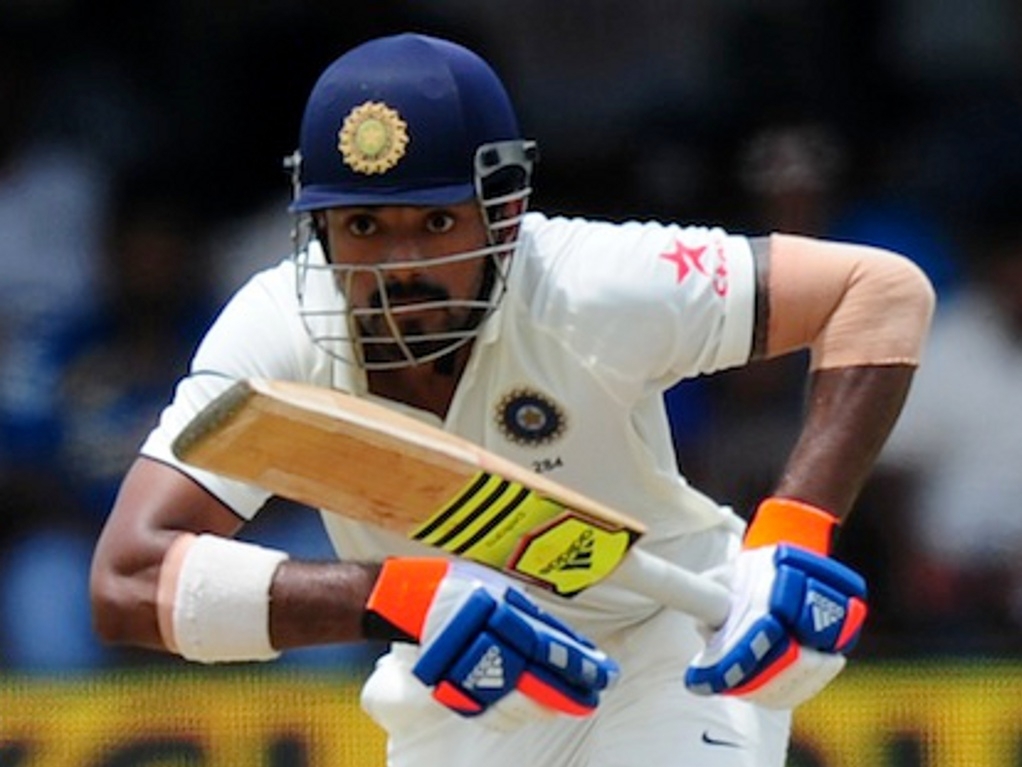 India opener Lokesh Rahul was the glue that held their innings together on day one of the second Test against Sri Lank at the P.Sara Oval, as the visitors ended the day on 319 for six.

India lost two very early wickets and Sri Lanka seemed to be on top, before Rahul and Virat Kohli steadied the ship. Rahul's century and Kohli's 78 took them from 12/2 to 231/4. At the close, Wriddhiman Saha was on 19, the sixth wicket falling to end the day.

India, having made three changes to their side, won the toss and opted to bat. A guard of honour, made up of kids holding bats overhead, stood as Kumar Sangakkara made his way to the middle for the start of his final Test.

Dhammika Prasad struck immediately, trapping Murali Vijay in front for a duck off the fourth ball of the first over. Ajinkya Rahane followed soon afterwards, having made four runs, also to Prasad.

This left Kohli and Rahul to knuckle down, and they started off slowly as you'd expect. They picked up the pace though, and put on 164 tuns together over the next 39 overs, scoring at more than four to the over.

Kohli's wicket broke the stand, as he was brilliantly caught in the slips by a diving Angelo Mathews, off the bowling of Rangana Herath. This brought Stuart Binny, a recent addition to the squad, to the middle.

He lasted for 40 deliveries, making 10 runs, but was with Rahul when he recorded his century. Binny was removed by Herath, not long after Rahul was sent packing by Dushmantha Chameera. The centurion tried to hook a short ball, but only managed a top edge to the keeper.

Rohit Sharma and Saha continued the innings as the day drew to a close, and racked up a half century stand. The new ball posed few problems for them, and Saha was a good foil for Rohit, until the latter was out for 79 at the brink of stumps.