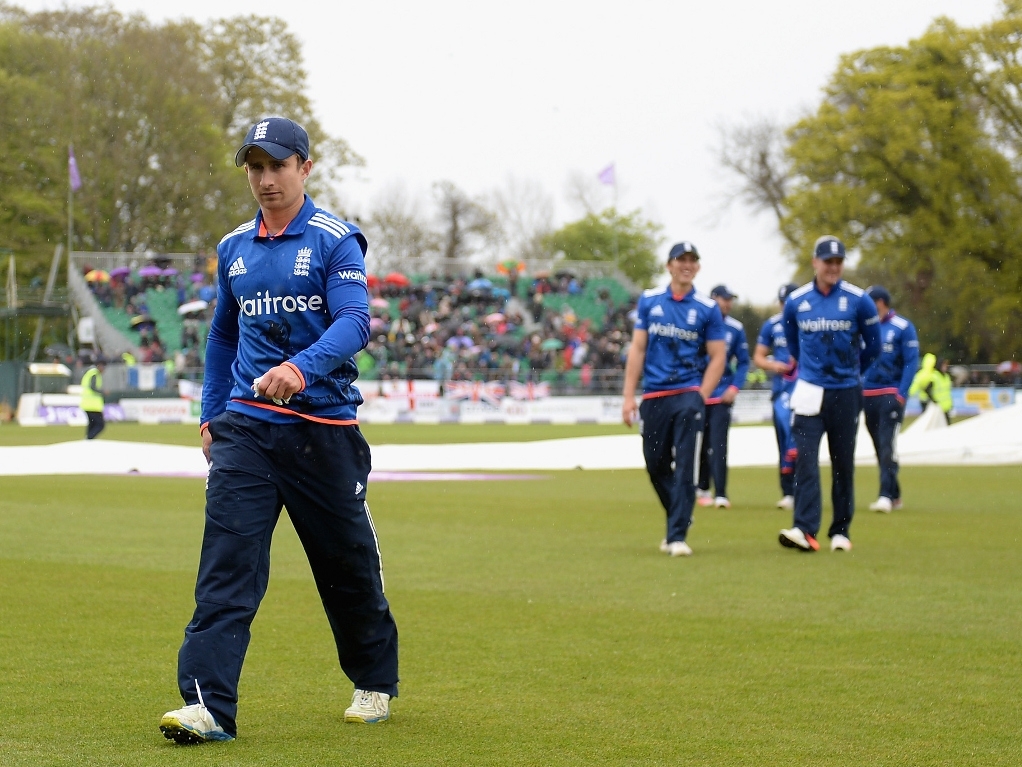 The one-off ODI match between England and Ireland in Dublin has been abandoned with the visitors having the hosts in trouble at 56 for four after 18 overs before the heavens opened. James Vince, Jason Roy, Zafar Ansari, Mark Wood and David Willey were given their first ODI caps for England.

Both teams will be disappointed that they could not get a match in as the hosts have a point to prove to the ICC about wanting more matches ,and wanting to put one over their more illustrious neighbours, while England wanted to test some of their younger players after a horror World Cup.

England, under new skipper James Taylor, won the toss and chose to field under cloudy skies at The Village ground and immediately had the hosts under pressure when they reduced them to 23 for two after seven overs.

Paul Stirling was the first to go after he was run-out for two aided by a direct-hit from wicketkeeper Jonny Bairstow after going for a quick single while one of the debutant's, fast bowler Wood, bowled Ireland captain William Porterfield when made just seven.

Tim Bresnan, who had the most ODI caps in the England starting line-up with 84, got Niall O'Brien to edge a full wide delivery to Vince at slip, he was out for 10.

Another of the debutant's, left-arm seamer Willey, picked up his first international wicket when he induced an edge from the bat of Andy Balbirnie to a full swinging ball that was caught at second slip by Jason Roy.

Ed Joyce, on 23, and Gary Wilson were the not out batsmen when the rain came and sadly the players never returned, leaving an expected crowd of around 10000 disappointed.