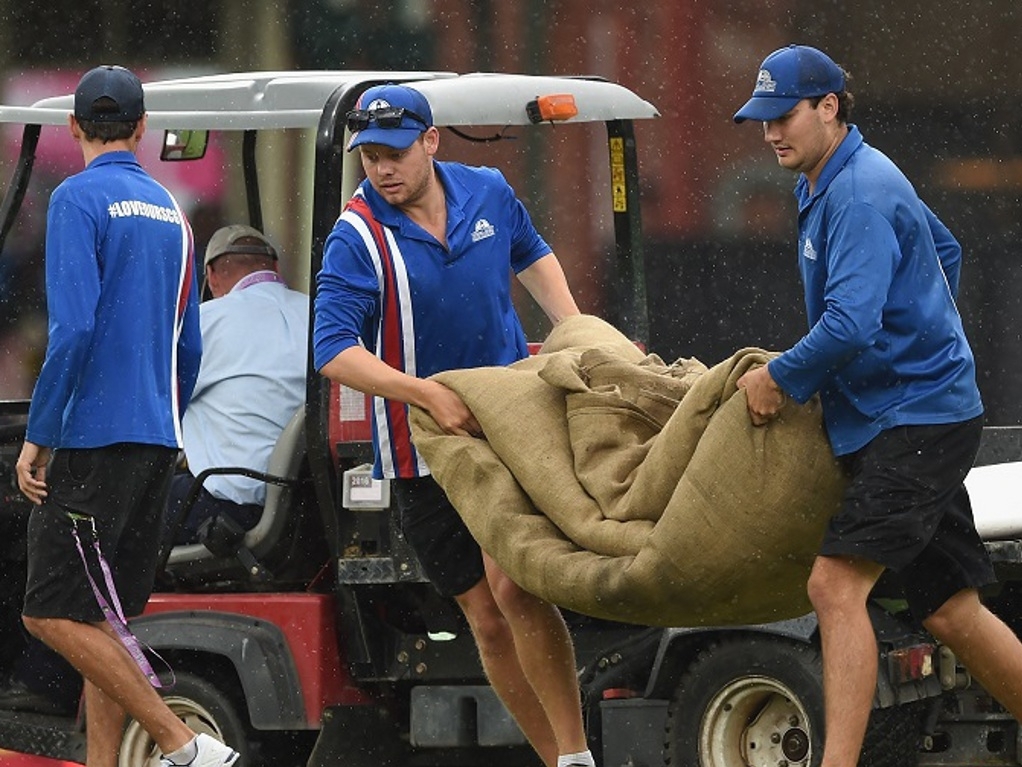 The West Indies' hopes of avoiding a series whitewash in Australia were boosted on day two in Sydney, when rain dominated the day and allowed only 11 overs to be bowled, leaving the Windies on 248 for seven.

Carlos Brathwaite's 69 was the main event of the day as he dashed off a quick 34 runs in the morning, and he was the only wicket to fall. They added 41 runs to their overnight score.

The day began with the Windies on 207 for six, hardy a strong position. They only got four overs in before lunch, first thanks to a wet outfield and then the rain arrived.

They got seven more overs in after tea, but that was all she wrote as the rain refused to let up. At stumps, Denesh Ramdin was on 30, and Kemar Roach yet to score after facing just one ball.

Australia have already won the Frank Worrell Trophy after wins in Hobart and Melbourne.