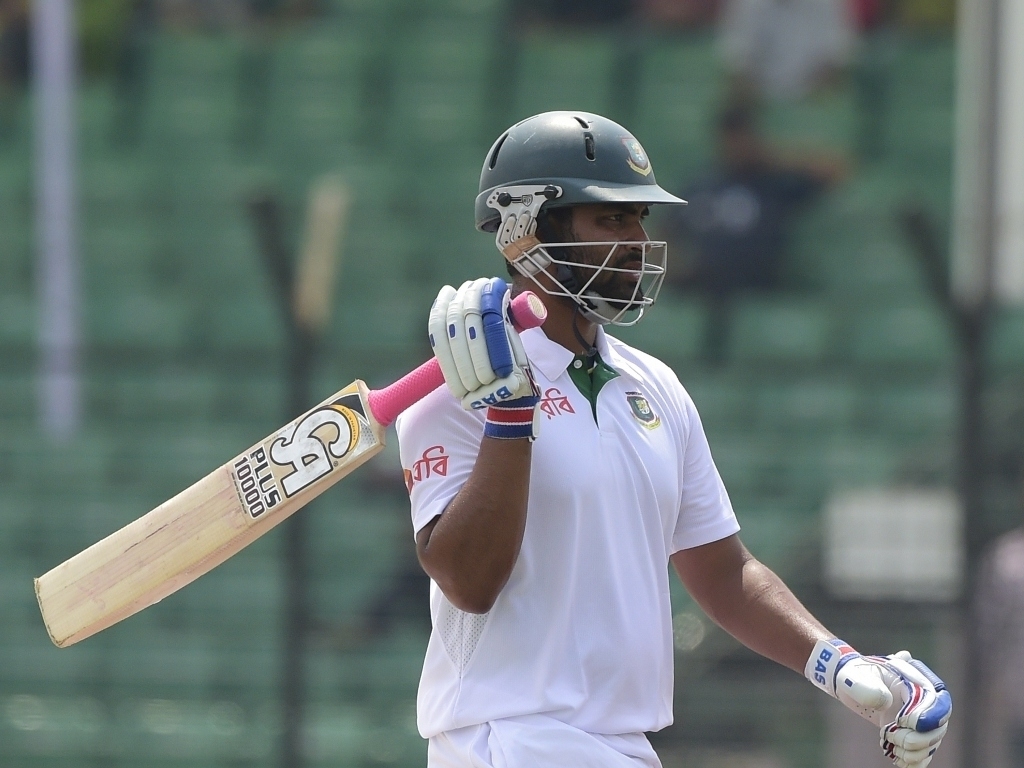 The second day of the first Test between Bangladesh and South Africa was an odd one, featuring rain, a shoulder barge, and the Proteas' part-timers taking some wickets, to leave the hosts on 179 for four at the close.

The evening session was lost to rain and so play was called off early, the Tigers still 69 runs behind the 248 South Africa posted on the first day. An 89-run stand between Mahmudullah and Tamim Iqbal was the highlight.

The day began with Bangladesh on 7 for none, having batted for only two overs the evening before. Tamim, and Imrul Kayes took the score to 46 in 18 overs, batting slowly on a relatively lifeless deck.

Imrul was out to Stiaan van Zyl's military medium for 26, with Quinton de Kock standing up to the wickets and affecting a smart stumping. Mominul Haque was bowled by Simon Harmer for six soon afterwards.

Those were the only wickets in the morning, and at the lunch break the most interesting part of the day happened. As they were walking off, Tamim (who had been involved in a similar incident with Rilee Rossouw in the ODIs) and De Kock bumped into each other, and the Hashim Amla quickly stepped in to calm the situation down.

After the break, Tamim and Mahmudullah batted patiently, taking the score from 55 to 144. The pair frustrated the South Africans, and premier pacemen Dale Steyn and Morne Morkel looked exhausted in their wicketlessness.

Tamim was eventually out for 57, bowled by a Dean Elgar full toss behind his legs. It was an odd dismissal, given the average delivery, but the break through saw the sides to tea.

After the second interval, a final wicket fell when Vernon Philander trapped Mahmudullah LBW for 67. It was fairly plumb and the batsman could have no complaints. The rain arrived soon afterwards, and aside from a quick return for one delivery, it was over for the day.