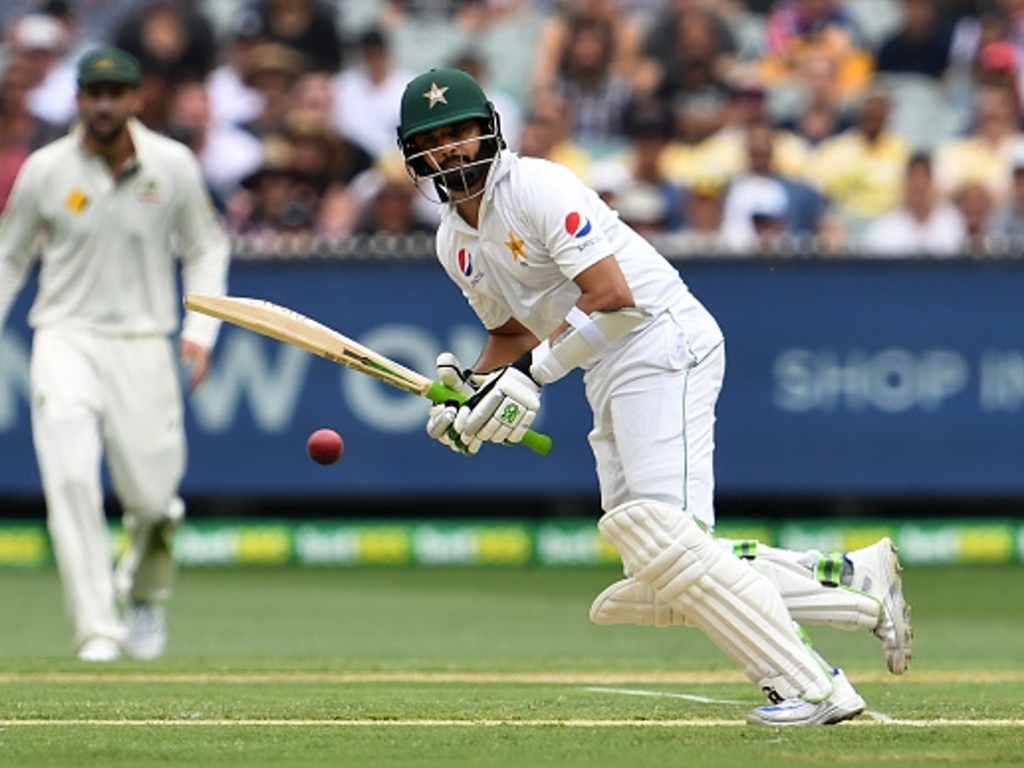 Azhar Ali carried his bat throughout a second rain interrupted day at the MCG to help Pakistan reach 310 for 6 against Australia before play was called off in the Second Test.

Only two wickets fell in the 50.3 overs bowled on day two after four wickets fell on the opening day which saw 50.5 overs.

Azhar cemented his place as one of Pakistan’s premier Test batsman with an unbeaten 139 and shared a 115 run partnership with first Test centurion Asad Shafiq.

Shafiq (50) was thought out by Jackson Bird whose probing line outside off encourage a false shot and edge from the Pakistan number six which Steve Smith caught well in the slips.

Sarfraz Ahmed (10) would only last twenty balls before he became Josh Hazlewood’s 99th Test wicket with Matt Renshaw completing the catch in the corden.

Mohammad Amir came out with intent smashing 28 off 23 balls and sharing an unbroken stand of 42 with Azhar who ended the day on 139 not out.

Play will start half an hour early on each of the three remaining days of the Test.