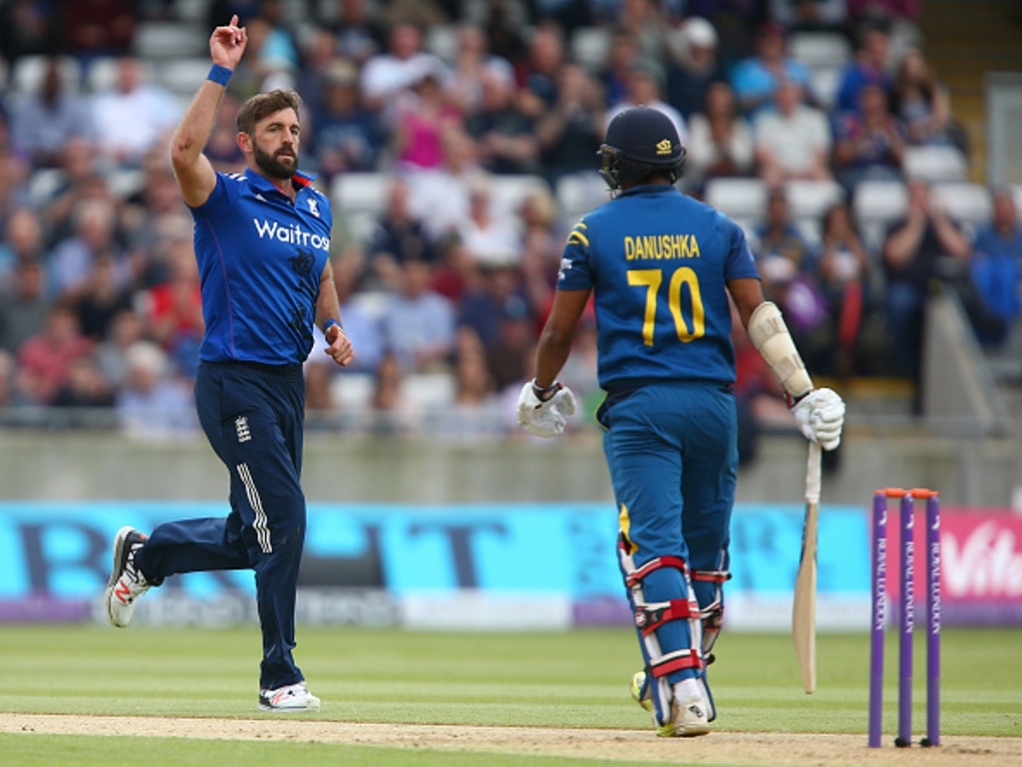 England lost Alex Hales early on but were in a good position to take a 2-0 lead when rain terminated proceedings in the third ODI in Bristol.

Sri Lanka posted an exceedingly gettable total of 248/9, much like the 2nd ODI the tourists lost wickets at regular intervals and never really go going despite three of the top five passing fifty.

Danushka Gunathilaka was first to go for Sri Lanka, when he failed to pull his bat out of the way quickly enough while trying to leave a David Willey delivery, the ball caught a thick inside edge and clattered into his stumps leaving Sri Lanka 3 for 1 in the first over.

Opener, Kusal Perera, struggled to get going and took 25 balls to score just nine runs, before he skied a full one from Liam Plunkett which Jos Buttler got underneath. At that point Sri Lanka were 32 for 2 in the ninth over.

Kusal Mendis and Dinesh Chandimal steadied the ship, adding 56 for the third wicket, before Mendis holed out in the deep to a Plunkett short ball, up until that point Mendis had shown great composure and he would have been disappointed with his dismissal.

Mendis rush of blood to the head saw Angelo Mathews stride out to the wicket, and the captain put on 80 for the fourth wicket, but with the pair well set and looking to push on, Chandimal swiped cross-batted at a full ball from Chris Woakes, and sent it straight into the hands of third man Chris Jordan.

Seekkuge Prassana went on the attack almost immediately, but played a poor shot to gift Plunkett his third wicket as he skied his swipe to mid-wicket, and was sent back to the hut with only two to his name.

Mathews looked set to make a charge with Upul Tharanga, but found himself joining Sri Lanka's sky high club top edging a Jordan delivery which Buttler took well leaving Sri Lanka 209 for 6 in the 44th over.

Two overs later Dasun Shanaka was run out with Sri Lanka pressing for a big finish.

Farveez Maharoof and Tharanga both fell in the penultimate over leaving the tailenders to end the innings with a tame final over.

England would have fancied themselves to get the runs, but rain came to Sri Lanka's rescue and the match was abandoned after just four overs in the England Innings.