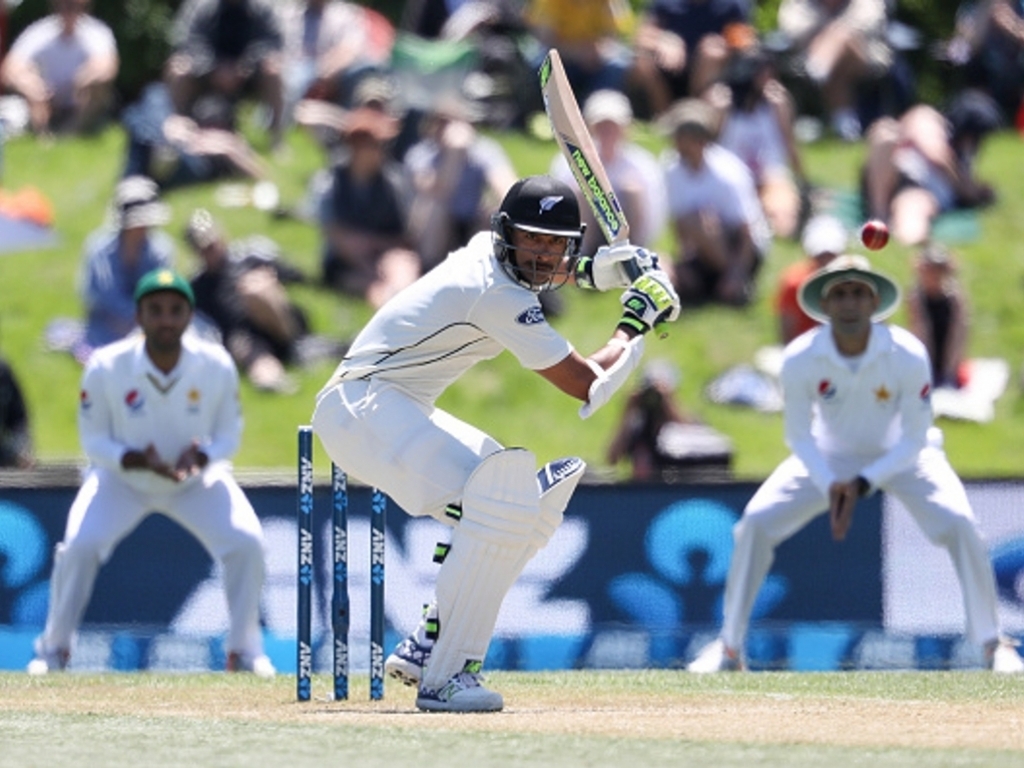 Only 21 overs could be bowled on the opening day of the second Test between New Zealand and Pakistan in Hamilton with the hosts reaching 77 for 2 at stumps.

New Zealand stabilized after losing two early wickets before the rain set in shortly before lunch and forced the players off.

The first over of the day was an eventful one as Sami Aslam dropped Jeet Raval before making amends by holding on to a catch to dismiss Tom Latham for a first ball duck of the bowling of Mohammad Amir.

Sohail Khan accounted for New Zealand skipper Kane Williamson (13) as the number three nicked off and was caught by wicketkeeper Sarfraz Ahmed.

Ross Taylor (29*) and Raval (35*) would then come together for an unbeaten stand of 38 with the former showing no ill-effects despite suffering from an eye problem that will need surgery.

Play will begin half an hour early on each of the remaining four days in an attempt to recover some of the lost overs.