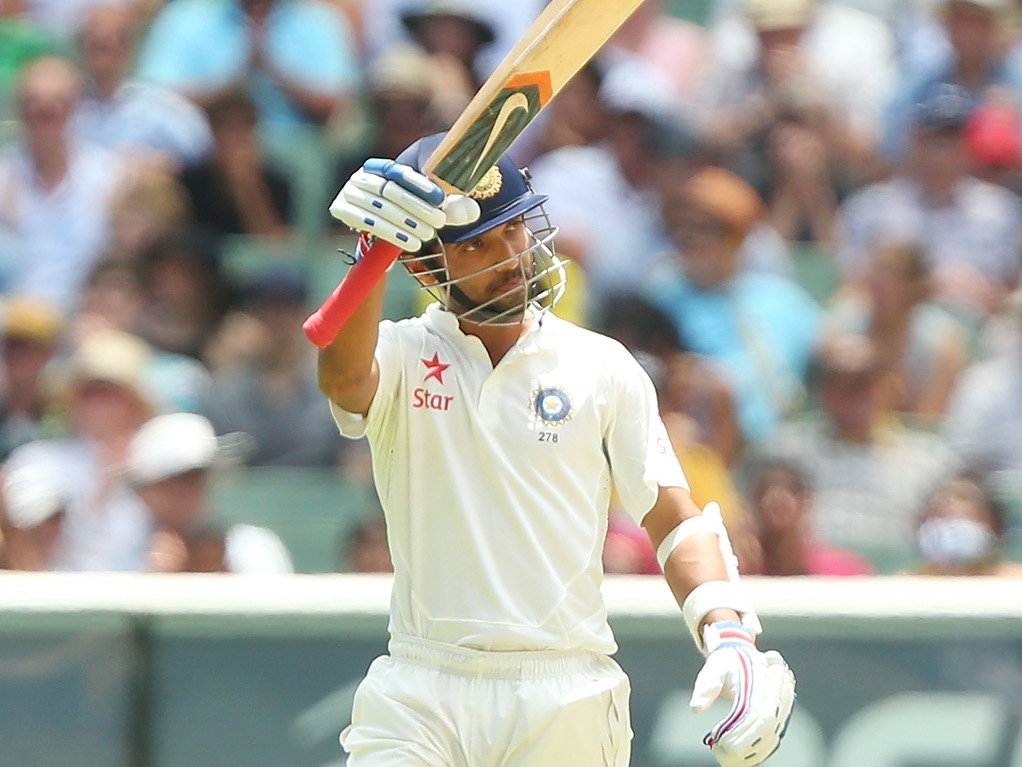 Following Lokesh Rahul's career-best score on day two, it was Ajinkya Rahane's turn to shine for India on the third day of the second Test in Jamaica with an unbeaten 108.

India began the day on 358/5 and they continued to frustrate the West Indies as Rahane and wicketkeeper-batsman Wriddhiman Saha amassed a 98-run partnership before Saha was trapped lbw by West Indies captain Jason Holder for 47.

After Saha was dismissed, West Indies all-rounder Roston Chase took over with the ball as he sliced through the tourists’ lower order, removing Amit Mishra, Mohammed Shami and Umesh Yadav as India slumped from 425/6 to 500/9.

Despite the flurry of wickets, Rahane kept the scoreboard ticking. He ultimately notched up his seventh Test century and finished unbeaten on 108 before India declared on 500/9, giving the visitors a 304-run first innings lead after the West Indies had been bowled out for 196 on the opening day.

However, that was to be all the action for the day as rain wiped out the remainder of the day’s play.