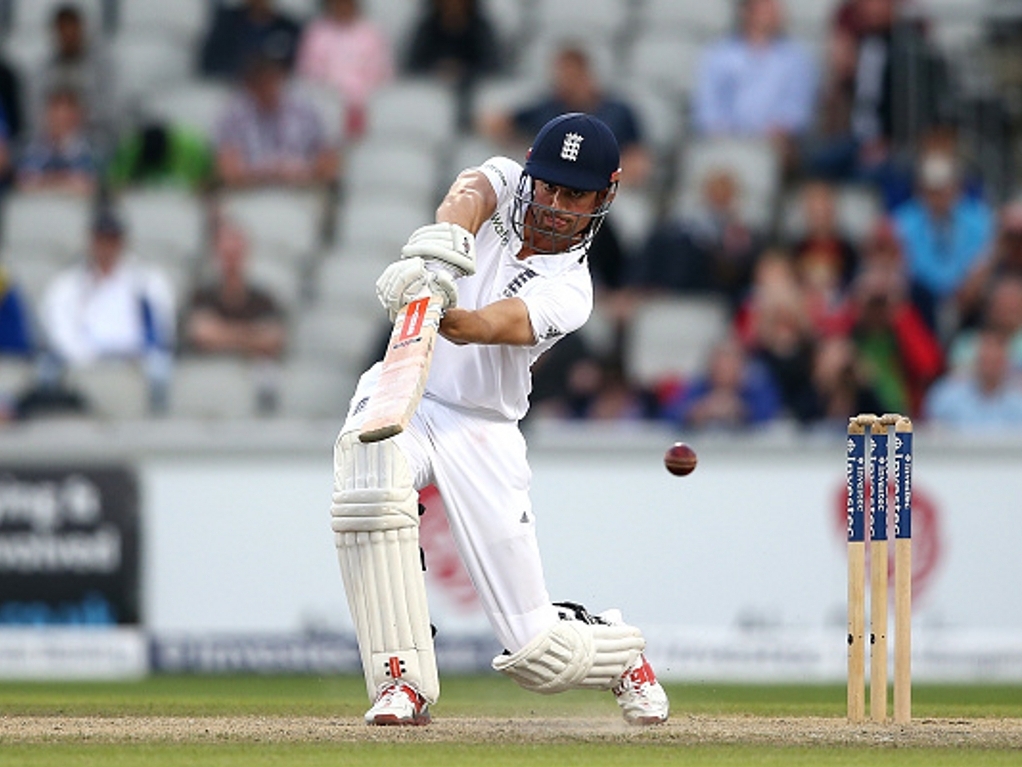 Rain interruptions put a dampener on England's march, to what now seems like an almost certain victory, but the hosts will remain confident of levelling the series after a strong third day in the second Test at Old Trafford.

Pakistan resumed their first innings on 57/4, with their backs against the wall, and day three didn't go any better than the two preceding days.

Despite a resolute 52 off 168 balls from Pakistan skipper, Misbah-ul-Haq, Pakistan could only limp to a total of 198 all out.

Chris Woakes was the pick of the England bowlers picking up 4/67.

A 60 run stand between Misbah and number 10 Wahab Riaz was the only bright spot in the days play for the visitors who seem to have lost any will to fight after spending nearly two days in the field.

England captain Alastair Cook refused the follow on, which raised some eyebrows with England leading by a massive 391 runs.

A long rain delay hit the game shortly after England got their second innings off and running, and play would only be possible again in the evening session.

Cook and opening partner Alex Hales would put on 68, before Mohammad Amir produced a jaffer to send Hales packing for 24.

First innings hero, Joe Root, would help the skipper see out the day as England finished on 98/1.