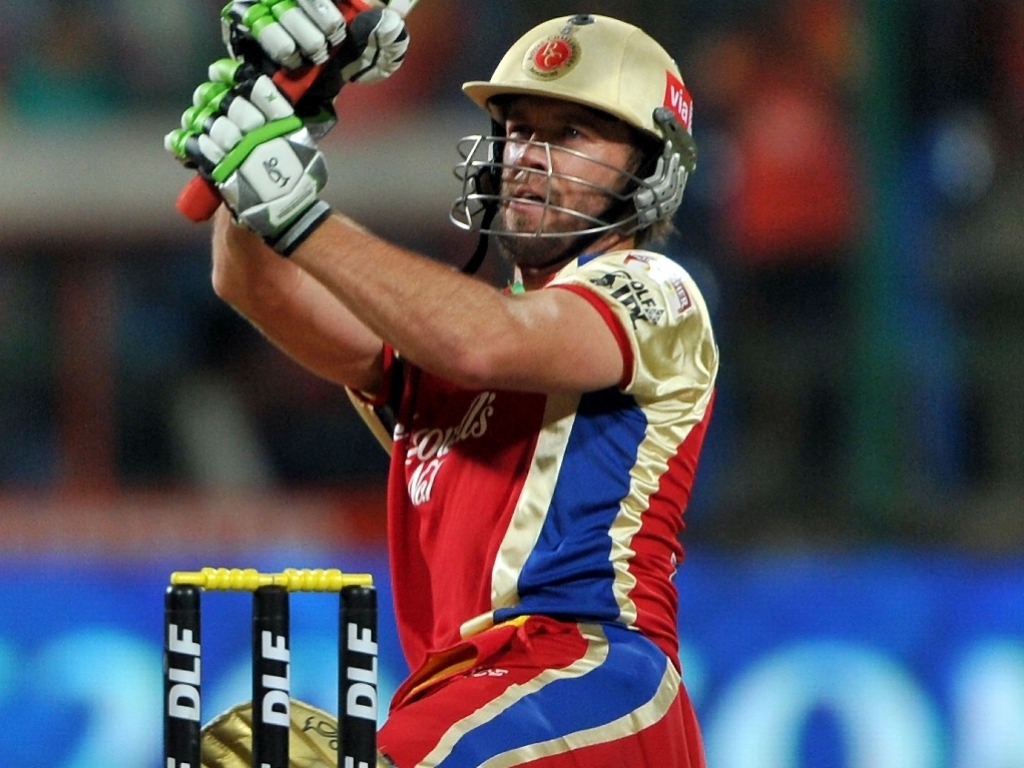 The Royal Challengers were looking odds-on for a first home victory of the IPL season before the heavens opened in Bangalore and brought a premature end to proceedings.

RCB had just posted a highly competitive 200/7 when the covers came on – and stayed on – for the rest of the evening, preventing Rajasthan Royals from ever going out and chasing the total and forcing the two teams to settle for a point apiece.

Ably supported by Mandeep Singh and Dinesh Kartik, De Villiers hit an impressive 57 off 45 balls before a mix-up between the wickets ended the South African's innings prematurely.

That was a big blow for the home team, but a solid foundation had been set, allowing exciting newcomer Sarfaraz Khan to produce a brilliant late burst, smashing 45 runs off just 21 deliveries to help RCB bring up their double century off the final ball of the innings.

Tim Southee was the best bowler for the Royals, dismissing both of the RCB openers at the top of the innings, but the Challengers would still have felt confident of defending their solid total had the rain not intervened.