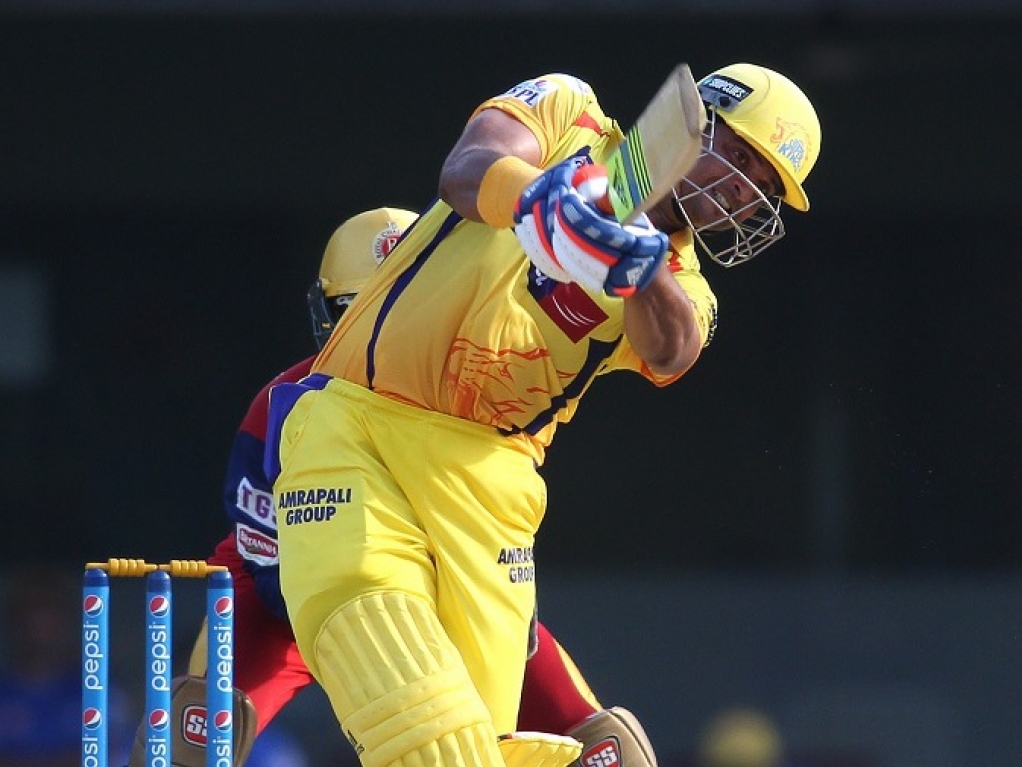 The Chennai Super Kings continued their march towards the IPL play-offs with a rather comfortable 24-run victory over the Royal Challengers Bangalore on Monday.

After captain MS Dhoni won the toss and decided to bat, Chennai did not get off to the best of starts as both their explosive opening batsmen, Brendon McCullum and Dwayne Smith, were dismissed inside the first six overs with 35 runs on the board.

Suresh Raina and Faf du Plessis got things back on track with a 64-run stand for the third wicket in almost nine overs. Du Plessis was out for 24 while skipper Dhoni made a quick-fire 29 from 18 balls.

Raina played a measured innings of 52 from 46 balls as he guided the innings, even though they lost a cluster of wickets at the end, to a respectable score of 148 for nine.

The RCB chase got off to the worst possible start when they were reduced to 34 for three within the powerplay. Virat Kohli (48) and Dinesh Karthik (23) tried hard to resurrect the innings but it was in vain as they slumped to 124 all out.

The Chennai bowlers showed discipline with the ball, none more so than veteran 36 year-old left-arm seamer Ashish Nehra who returned figures of three for 19 in his four overs.