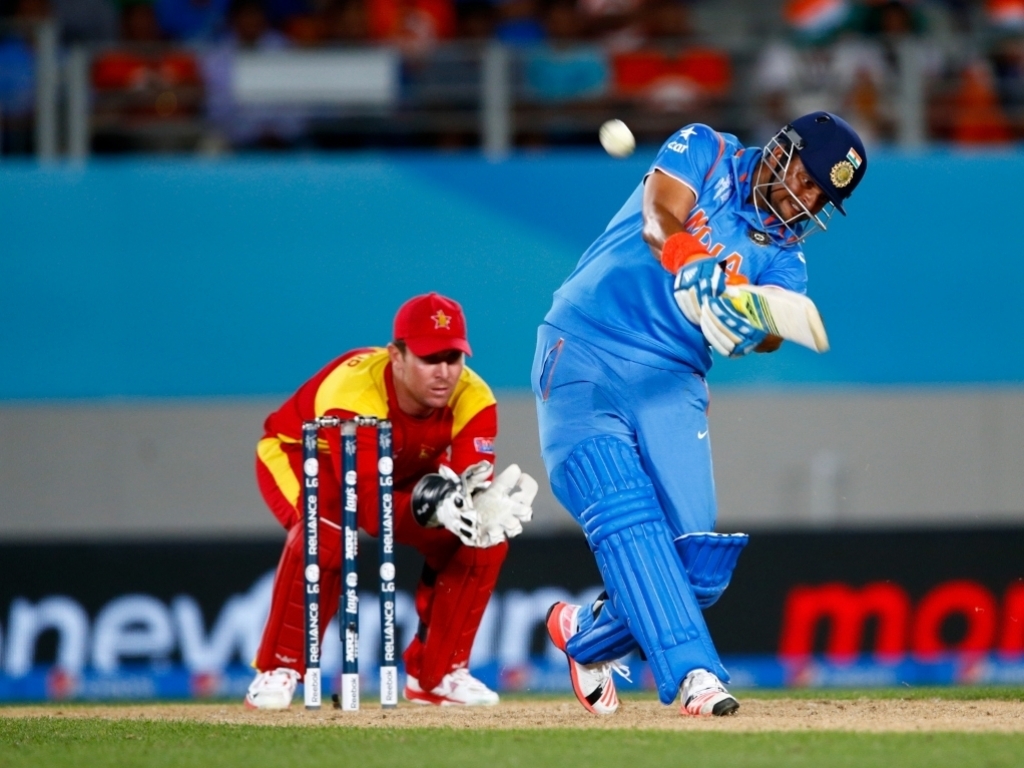 An unbeaten century from Suresh Raina and a fifty from captain Mahendra Singh Dhoni guided India to comfortable six-wicket win over Zimbabwe in their final World Cup Pool match in Auckland on Saturday.

Stand-in Zimbabwe skipper Brendan Taylor had earlier struck a majestic hundred in his final match for his country, as the Africans were bowled out for 287 in the 49th over.

Taylor scored 138 off just 110 balls in what was his final knock as he will be taking up a three-year Kolpak deal with English county side Nottinghamshire.

The right-handed Taylor shared in the two major partnerships of the innings, 93 for the fourth wicket with Sean Williams (50) and 109 for the fifth wicket with Craig Ervine (22). Taylor left the field to a standing ovation from both India players and the capacity Eden Park crowd when he was out in the 42nd over.

For India fast bowlers Mohammed Shami, Umesh Yadav and Mohit Sharma each took three wickets in the innings as India became the only side to bowl out all the opposition teams in the group stages.

The India chase started with a massive wobble as they found themselves at 92 for four and staring down their first defeat of the tournament, as medium-pacer Tanashe Panyangara struck early for Zimbabwe.

But Raina and skipper Dhoni quickly dashed any hopes of an upset win, putting on an unbeaten 196-run partnership for the fifth wicket to steer India to their victory target of 288 with eight balls remaining.

Left-handed Raina finished on 110 not out and Dhoni ended on an unbeaten 85.