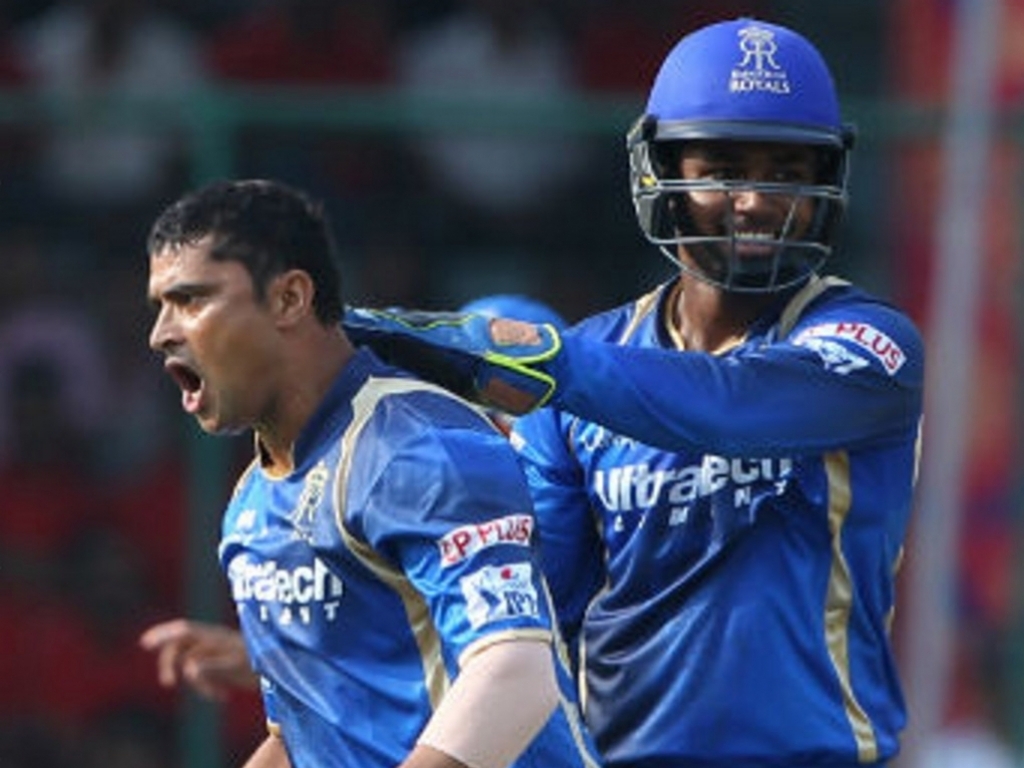 The Rajasthan Royals managed to hold their nerve and give the Delhi Daredevils their second last-ball defeat on the hop, extending the Delhi side's losing streak to 11 games. Not even Imran Tahir's four-fer could save them.

Delhi batted first and made 184 for three, which they'd have wanted to be higher given the Royals' batting line up. The men in blue nearly made a hash of it though, losing late wickets to Tahir, but Tim Southee hit a four off the last ball to win it.

The Royals, again led by Steve Smith, won the toss and opted to field, trusting their strong batting to chase down anything put before them. Mayank Agarwal gave them something to worry about though, as he scored 37 off 21 balls.

His big hitting saw the score near 50 inside five overs, before veteran spinner Pravin Tambe struck to break the partnership. Shreyas Iyer then continued with JP Duminy, and the pair added 48 runs, but not as quickly.

Iyer was out for 40, caught by Southee off Chris Morris, who had sent down a slower ball. The paceman also removed Yuvraj Singh a while later, after the India legend had added 27. Duminy was then joined by Angelo Mathews, and they pushed the score into the 180s.

The chase started off decently, before Sanju Samson was removed for 11. But experienced batsmen like Ajinkya Rahane knocked off valuable runs despite wickets falling. Rahane made 47, before becoming one of Tahir's four victims.

The star of the show was Deepak Hooda, the teenage batting sensation, and his 54 off 25 balls was the real reason behind their success. He played some cracking shots, and despite also falling to Tahir, it left a bit less for the tail to do.

The final over saw the Royals needing 12 runs. Mathews bowled the over, and was unable to prevent Morris and Southee form knocking off the runs, the final ball seeing them need three to win. A crunching cover drive did the trick.