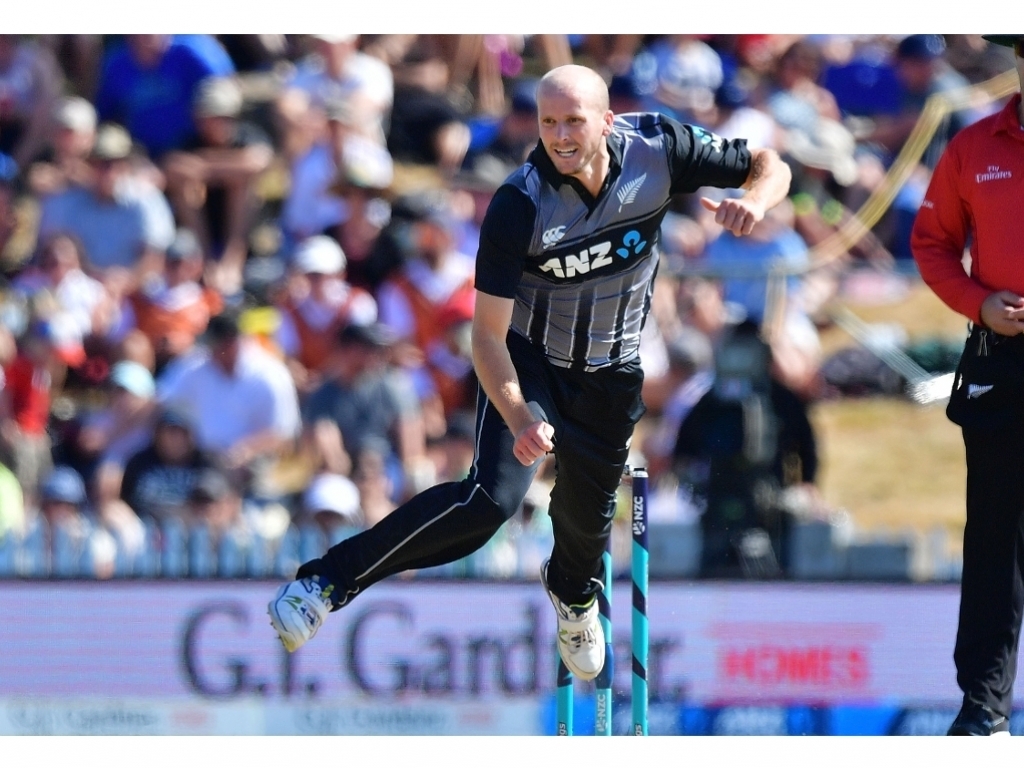 Paceman Seth Rance making his T20I debut on Friday triggered a West Indies meltdown as New Zealand waltzed to a 47-run victory in the first T20I at Saxton Oval in Nelson.

Rance picked wickets off successive deliveries in his second over, including the important one of Chris Gayle, to open up the floodgates. In the end, the tourists were bowled out for 140 in 19 overs in response to New Zealand’s 187 for 7.

New Zealand, sent in to bat, reached the competitive total with Mitchell Santner and Tim Southee smashing 25 runs off the 20th over.

Windies, the world champions in the shortest format, never looked on track of their chase once Gayle fell for 12 in the third over.

The batsmen had crossed over when Gayle sent the ball soaring high up in the air for Glenn Phillips to take an easy catch. Chadwick Walton (7) faced the next Rance delivery, smacking it straight to Anaru Kitchen at cover-point.

The situation left the West Indies reeling at 19 for 2 and it never recovered from that initial setback.

After 16 overs, the scoreboard read 103 for 8, but a late slog by Jerome Taylor (20) and Ashley Nurse (20 not out) produced 28 runs off 12 balls. But it was too late by then, and Rance came back for his final over to wrap up the innings with six balls to spare.

Rance’s impressive figures of 3 for 30, and Southee’s took 3 for 36 kept New Zealand ahead throughout, handing them a 1-0 lead in the three-match series.

New Zealand had beaten Windies in the Tests by a 2-0 margin, and the host also won the three One-Day Internationals between the two sides earlier in the month.

Man of the Match Glenn Phillips – ‘It took us about four or five overs to work out the pitch, but we got through it’ #nzvwi pic.twitter.com/FT35fVsAEr

When New Zealand batted, apart from an 86-run stand for the second wicket by Colin Munro (53) and Glenn Phillips (56), there was a struggle for runs. It was 162 for 7 going into the last over, when Santner launched his late salvo to finish unbeaten on 23 with Southee remained not out on 10.

Samuel Badree finished with 1 for 22 off his four overs while Carlos Brathwaite took 2 for 38.

The second match in the series is in Mount Maunganui on Monday.